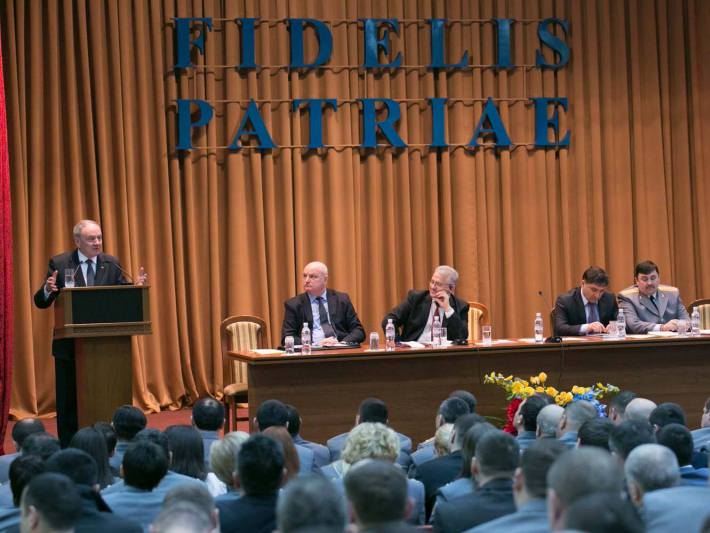 At the event, SIS head Mihai Balan presented the institution's activity in 2013, followed by debates on Moldova’s security issues.

In his speech, President Nicolae Timofti presented the SIS’ main objectives, in the context of Moldova's European integration. "SIS has duty to annihilate the attempts of internal and external forces involved in separatist activities, contesting Moldova’s sovereignty and territorial integrity", said the president.

Nicolae Timofti spoke out for speeding up the institution’s modernisation process, based on the SIS reformation strategy. "Moldova needs a modern intelligence service, able to respond to the complex threats of the modern world, with the institution’s reformation and development being one of the basic priorities," said the president.

The president expressed conviction that integrating a reformed SIS in the bodies of the rule of law state would allow building an advanced democracy in Moldova.