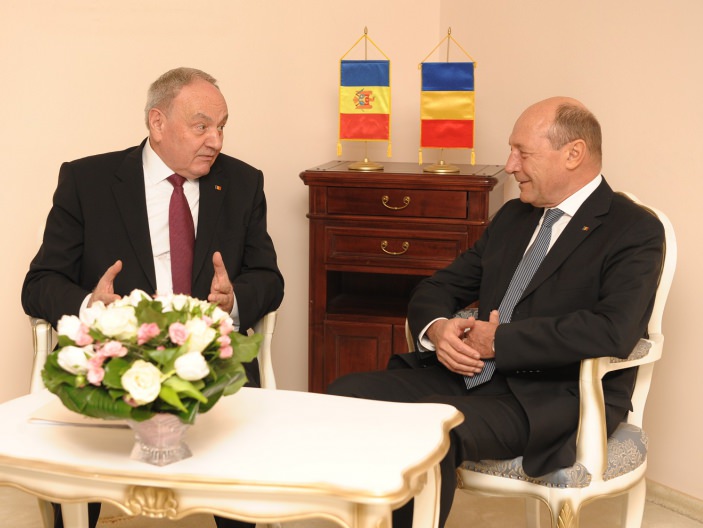 "We had a very substantial and enjoyable conversation with President Traian Basescu, whom I thank again for his openness and friendship towards Moldova.

Naturally, our conversation focused, first of all, on the situation in the region, after the annexation of the Crimean peninsula by Russia, an act our countries do not recognise and describe it as a serious violation of the international law.

In this tough regional context, including for Moldova, we agreed with President Traian Basescu on the need to boost the process of European integration, Moldova is involved in.

Specifically, we talked about the importance that Moldova signs the Association Agreement with the European Union as soon as possible.

Also, my country requests the European Union to be given a clear perspective of accession to the EU area. I asked President Traian Basescu to support within the EU this natural wish, this will of Moldova.

We shared our opinions on the Transnistrian conflict settlement. The interest of both sides, as well as the one of the entire international community, is that the situation in this area remains calm and the approaches are constructive.

We also discussed important aspects of our economic and cultural cooperation. Our governments are conducting extensive projects in these areas, and the signal we want to convey is for them to be completed in the set deadlines, for the benefit of the citizens from both sides of the Prut River.