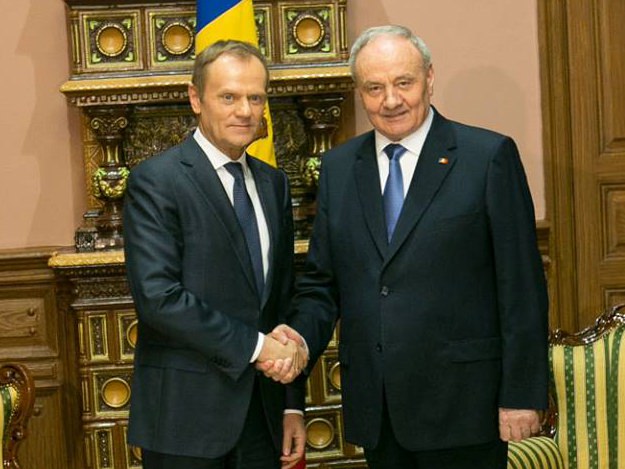 The discussion focused on Moldova's European agenda, the political situation in the region and bilateral ties.

The president thanked Donald Tusk for the firm support Poland showed for Moldova’s European agenda. "Our next achievements - visa liberalisation with the European Union and the signing the Association Agreement - are, to a large extent, due to Poland’s constant support”, said Nicolae Timofti.

The president noted that Moldova had the determination needed to pursue its European path, despite the political crisis in the region and all the challenges set up by the opponents of Moldova’s European course. "We will know how to calmly and firmly manage the difficult situations in the near future, but we also need the support of our international partners," said Nicolae Timofti.

For his part, Prime Minister Donald Tusk said that Moldova would continue to receive all the necessary support from Poland to carry out its agenda.

With regard to the situation in the region, the Polish dignitary said that a realistic attitude towards the situation was needed, as well as "boldness and a cold heart", for the crisis in the region not to affect Moldova's European agenda.

Nicolae Timofti and Donald Tusk Timofti at the end of the meeting discussed details of the president’s visit to Poland, set for 14-15 April.