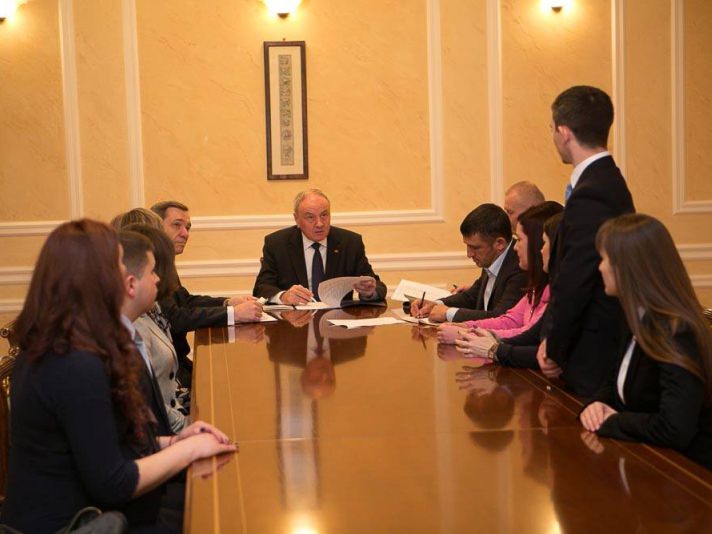 President Nicolae Timofti signed decrees on the appointment of 11 judges, at a proposal by the Superior Council of Magistracy.

Eight of the judges were appointed for the first time and will serve for a five-year mandate:

Three magistrates were appointed till reaching the age threshold:

Today, beforehand, Timofti met the above-mentioned magistrates and asked them to contribute to restore people’s trust into the justice act, through their work from now on. The president reminded them the importance to observe the Deontological Code of a Judge and, first of all, in relation with the sides in a trial.

At the same time, Timofti assured that he trusted the new generation of judges.

Most judges, appointed by the head of state today, are about 30 years old and four of them are younger.