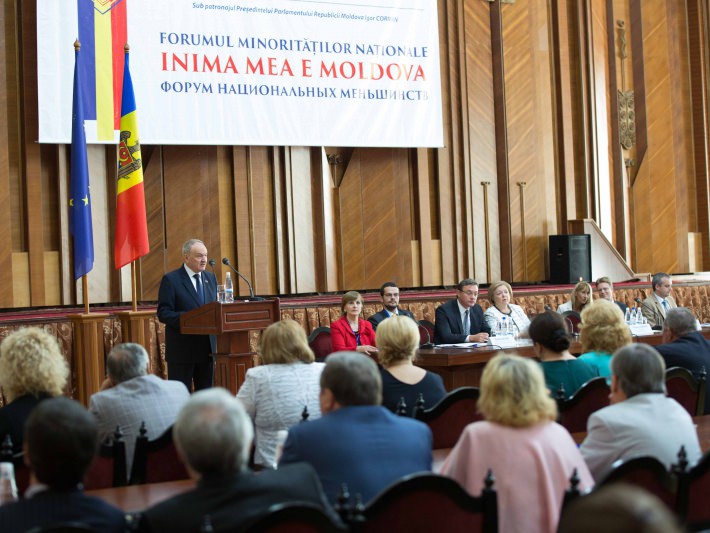 President Nicolae Timofti participated in the National Minorities Forum, held at the Palace of the Republic, today.

Timofti gave a speech, in which said that the Moldovan authorities would always show openness for communication with the national minorities, in order to consolidate society.

„There is the needed legal framework in Moldova, according to the international standards, which guarantees each citizen the right to preserve, develop and express the ethnic, cultural, linguistic and religious identity. The harmonisation of the ties between the cohabitating minorities and intercultural dialogue is one of the strategic objectives of Moldova’s domestic policy,” Timofti said.

Timofti described as useful the public debates on issues of the evolution of policies in the area of interethnic relations; encouraging the learning of the official language as key factor of the social integration; civic participation; dialogue and intercultural education.

Timofti addressed an appeal to representatives of the national minorities from Moldova to actively involve in edifying a democratic and prosperous society. „I also remind you of your responsibility to be loyal to Moldova on the European integration path. Moldova needs our joint efforts to cover this way, for the benefit of our nation. In this context, the European integration is a guarantee to strengthen our society and, at the same time, to protect the rights of the national minorities,” Timofti added.