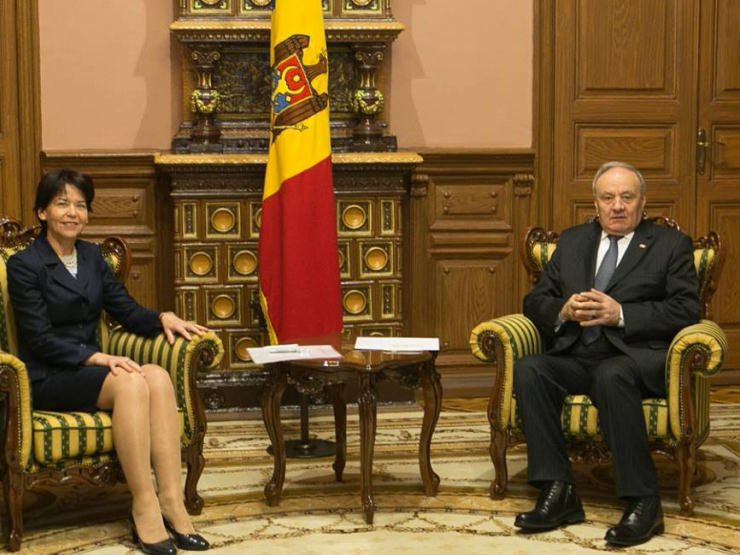 The president thanked the UN resident coordinator for numerous projects carried out by UNDP in Moldova. They were focused on human rights, environmental protection, reducing child mortality, access to services in rural areas, migration management, and improving the governance quality.

Nicolae Timofti expressed satisfaction with the implementation of the UNDP project for capacity building of the Moldovan President's Apparatus.

The president emphasised the importance of these projects, as they help improve the citizens’ living standards. "The implementation of the Moldovan government’s reform program, with the support of foreign partners, will allow Moldova advancing on the European integration path", said Nicolae Timofti.

UNDP Resident Representative in Moldova Nicola Harrington-Buhay said that one of the organisation’s priorities was providing logistic support to the Moldovan authorities to conduct the population and housing census in 2014. "United Nations Population Fund (UNFPA) experts provided consultations to the National Statistics Bureau of Moldova representatives to make sure the census is taken according to international standards", said Nicola Harrington-Buhay.

The UN Resident Representative also referred to implementation by UNDP, in collaboration with the Central Election Commission, of electronic voting at elections, that would ensure higher transparency in the relations between the state and citizens.

Nicola Harrington-Buhay noted the progress made by Moldova in human rights sector. At the same time, she made objections to the text of the law on ombudsman, recently adopted by the parliament. "We would like that, before promulgation, this law be improved, so that this legislative act gets in line with international norms Moldova is party to", said the UN representative.

The two officials also tackled other aspects of cooperation between Moldova and UNDP.