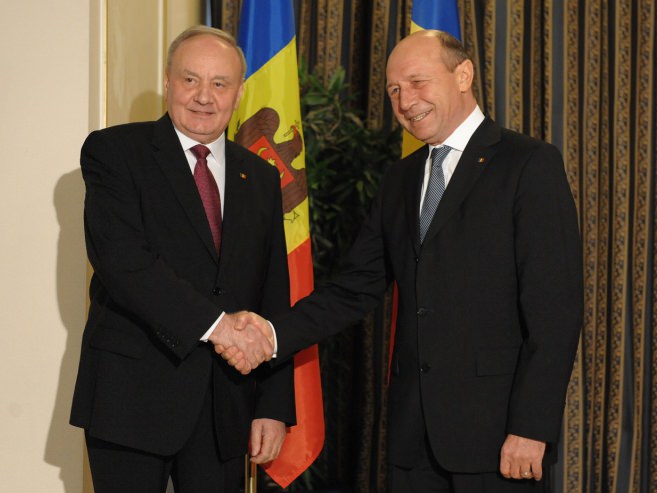 Traian Basescu, who represented Romania at the Spring European Council held in Brussels on 20 March, conveyed to President Timofti the European countries’ decision to outrun the deadline for signing the Deep and Comprehensive Free Trade Area Agreements (DCFTA) between EU and Moldova till late June.

"Mr. President Timofti, I promised Romania would support you to this end and I kept my word," said the Romanian president, referring to the discussion on the same subject the two officials had on 19 March in Iasi. At the meeting on 19 March, the Moldovan and Romanian presidents talked about the need to speed up the signing of the Association Agreement and Moldova’s wish to receive a clear-cut perspective of accession to the European Union, given the new geopolitical conditions in the region.

Nicolae Timofti thanked his Romanian counterpart for the exemplary way Romania backed Moldova's European agenda. The president reiterated the importance of the EU states’ political and economic support for Moldova. "Moldova still has weak points that can be overcome only with the support of its international partners," noted Nicolae Timofti.