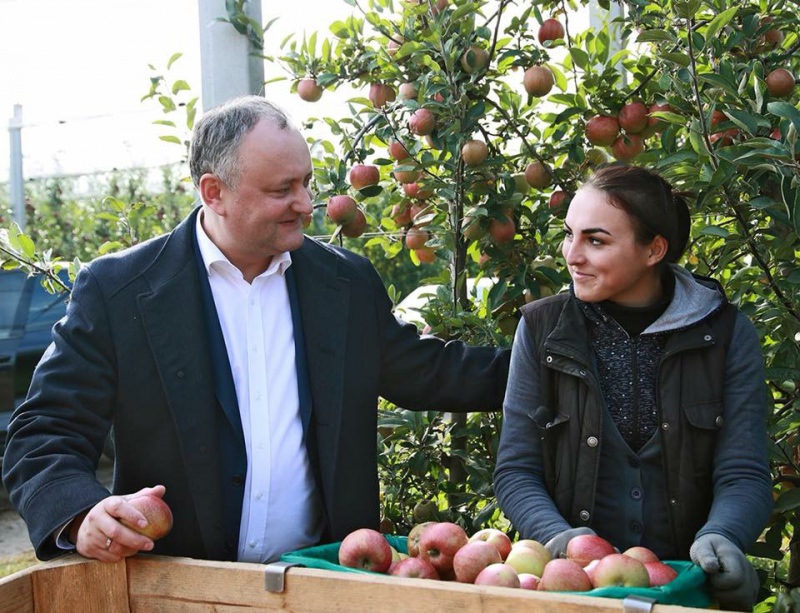 President of the country Igor Dodon, accompanied by the presidential adviser for agriculture and state management, Ion Perju, visited the company "FarmProd" from the village of Olaneşti, Stefan-Voda region.

On 130 hectares of the company's superintensive garden apple, peach, nectarine, plum and cherry are planted trees.

The company owns a refrigeration warehouse with a capacity of 1500 tons, as well as a modern line for sorting and packing fruits. At the same time, the garden is equipped with modern irrigation equipment, as well as an anti-hail grid.

Thanks to the use of modern agricultural equipment and machinery, the fruits grown here meet the highest quality standards, the company exports its products to the EU and CIS markets.

At the same time, the head of state noted that according to his preliminary data, the export of wine products, as well as of fruits and vegetables, has grown significantly over the last 2 months. Igor Dodon noted that additional information, as well as a detailed analysis of the information will be presented to them in next week.

"I will continue our efforts in order to ensure the access of domestic products to the market of the Russian Federation," the president said.

It should be noted that according to the results of discussions between the head of state and Russian President Vladimir Putin, nearly 200 Moldovan companies have the right to export their products to the Russian market.