Statement of the President Maia Sandu after the Supreme Security Council, convened on the matter of undermining constitutional order 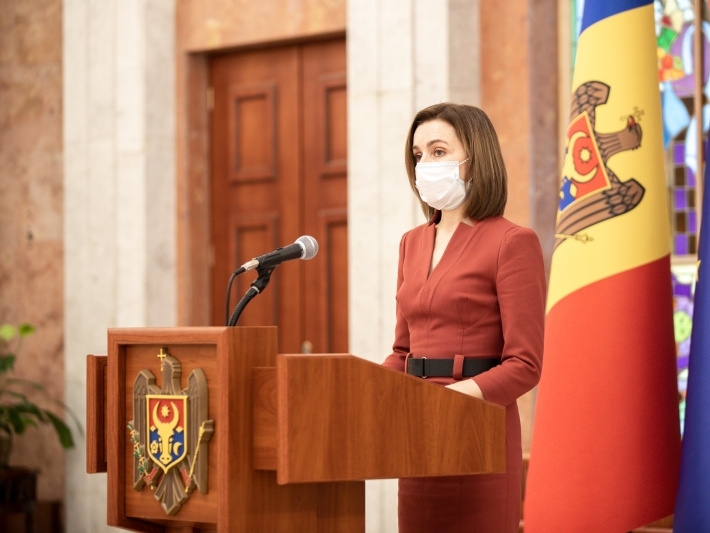 Today I convened a meeting of the Supreme Security Council. We had only one topic on the agenda - that of the unconstitutional actions that took place in Parliament today. What happened in the building across the street is very serious. Parliament does not have the right to remove judges from the Constitutional Court. Yet Parliament made an unconstitutional attempt to appoint another judge to the Court.

I asked the General Prosecutor's Office to investigate today's actions in terms of the crime of usurpation of power in the state, as well as the actions of the participants in this attack against the rule of law.

I asked the Information and Security Service to monitor the actions that attempt to undermine the constitutional order and to prevent the destabilization of the situation in the country.

We call on Parliament to stop these anti-democratic backslides. Those who commit these illegalities are liable to punishment.

I call on the international community to follow the situation in our country and to provide all the support for the defense of democracy in the face of attempts to undermine state institutions.

The unconstitutional decisions voted in Parliament today represent the violation of the constitutional order and the rule of law. No attack on the independence of the Constitutional Court will be tolerated.

I have this direct message for the Socialists - your strategy of plunging the country into chaos after the presidential election must be stopped. Citizens are not hostages to politicians with wounded pride who cannot detach themselves from their seats. Sovereignty belongs to the citizens. The criminal fraternity uses bandit methods to take control of state institutions. We will not allow them.

The decision to dismiss a judge of the Constitutional Court by the legislature is illegal and null, and the attempt to appoint another judge violates the constitutional order in the country. Socialists and Șor's MPs moved from political farce and irresponsibility to unconstitutional actions. These actions, each of them in part, must be investigated.

Dear citizens, I want to emphasize one thing: we will not allow gangs of criminals to undermine the democratic process and create chaos in the country.

Sovereignty belongs to the people. The citizens of the Republic of Moldova are the only ones who can solve the political crisis through democratic elections.