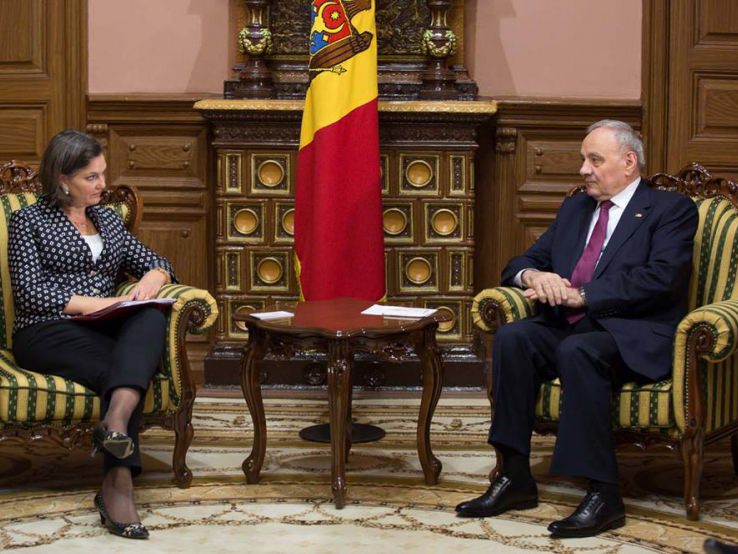 The head of state welcomed the visit to Chisinau by the high American official, stressing that this strengthened the sincere relation between Moldova and the United States.

“We value the constant and solid support the USA has been providing Moldova over the last two decades, and especially on this period, when the regional situation has worsened,” Nicolae Timofti said.

The president added that the USA had played and were playing, via numerous programmes developed in Moldova, a crucial role in the democratisation of the Moldovan society and the country’s advancement on the European integration path.

For her part, American Assistant Secretary of State Victoria Nuland said the Moldova-United States relations were “stronger than ever” at present.

The American official gave assurances that the USA remained fully committed to back Moldova’s aspirations to become a prosperous and democratic state within a united Europe. Victoria Nuland informed President Timofti that the United States was willing to foster the development programmes meant for various sectors of Moldova.

The two officials discussed in detail the political crisis in the region and efforts undertaken by the international community to defuse the emerged situation.

Nicolae Timofti and Victoria Nuland exchanged opinions on the developments in the Transnistrian region and efficiency of the five-plus-two format of negotiations.

Also, the two officials referred to the justice reform and the one on institutional decentralisation, Moldova-USA commercial relation and Moldovan-American cooperation in international institutions.