Turkey has decided to fully fund the renovation of the Presidential building, while the repair work should be completed before May 2018 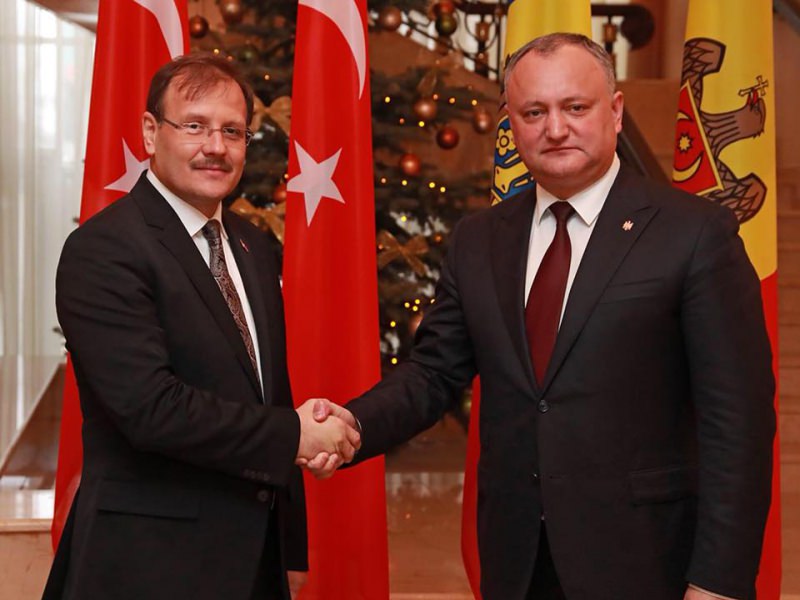 All this became possible due to preliminary agreements between the head of the Moldovan state and the President of the Republic of Turkey Recep Tayyip Erdogan, at the request of Igor Dodon.

These and many other issues were discussed during the meeting of the President of Moldova with the Deputy Prime Minister Hakan Çavuşoğlu.

In particular, the parties agreed that the opening ceremony of the restored office will be held during the official visit of the President of Turkey to Moldova at the invitation of Igor Dodon in May 2018.

In conversation with Mr. Hakan Çavuşoğlu, the head of state positively assessed the conclusion of the Agreement in the field of social security. The signing of this document took place in response to a request from the representatives of the Moldovan diaspora in Turkey, with whom they had been applying for a long time, including during the visit of Igor Dodon to Istanbul.

The President thanked for the financial and technical assistance provided to Moldova through the Turkish Cooperation and Coordination Agency in order to implement a number of projects in many areas at the national as well as regional level, such as projects and programs implemented in Autonomous Territorial Unit of Gagauzia and other areas of the country.

"Turkey is a strategic partner for us, both within the framework of bilateral relations, and at the international level," concluded President Igor Dodon.