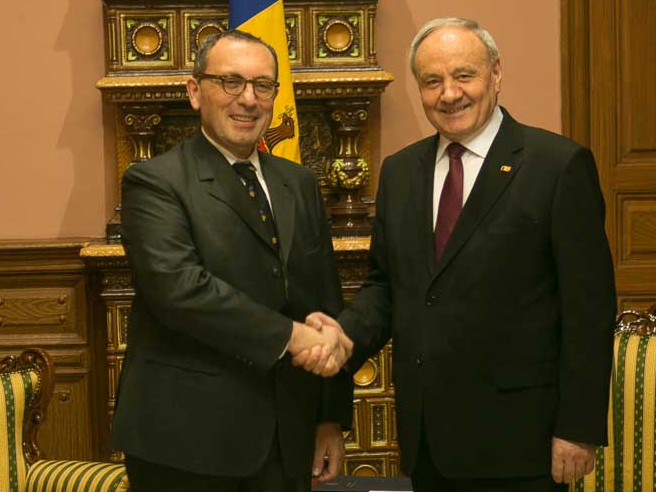 The distinction was awarded to Manservisi under a presidential decree from 6 February 2014 as a token of “the high appreciation of special merits in boosting Moldova’s integration into the European bodies.” The official, on an official visit to Moldova, participated in the liberalisation of visa regime for the Moldovans.

Timofti said Moldova would observe the commitments assumed towards the European partners. He noted that, due to the new regional situation, the signing of the Association Agreement between Moldova and the EU should be speeded up.

Stefano Manservisi appreciated Moldova’s achievements in the EU integration and urged the Moldovan authorities to foster efforts in carrying out the reforms, which would allow building a modern and prosperous society.