Head of state to appoint new Ambassador to Switzerland 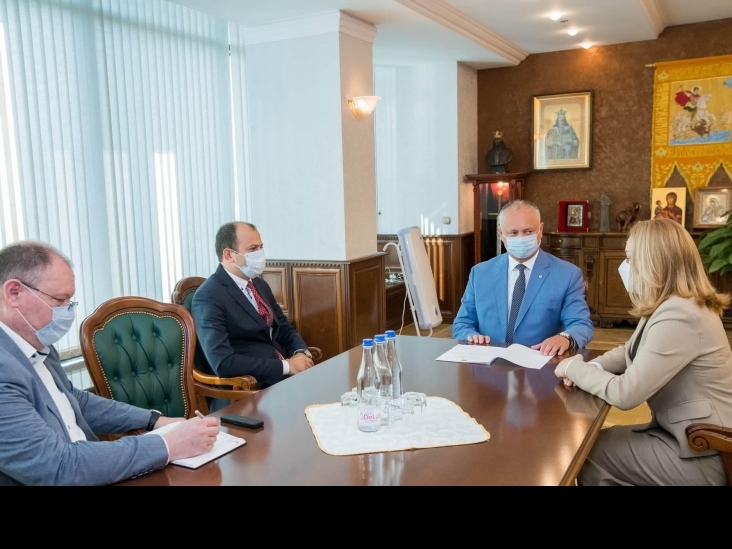 The President of Moldova Igor Dodon signed a decree on the appointment of the State Secretary of the Ministry of Foreign Affairs and European Integration of the Republic of Moldova Mrs. Tatiana Molcean as Ambassador Extraordinary and Plenipotentiary to the Swiss Confederation.

The President of the Republic of Moldova, along with the Foreign Minister Mr. Oleg Țulea and Presidential Foreign Policy Adviser Mr. Aureliu Ciocoi, talked with Mrs. Molcean, who had quite a lot of experience in the Foreign Ministry of our country, but was first appointed as Ambassador. The officials wished her every success in her first diplomatic mission and noted the importance of strengthening relations with Switzerland, which plays a significant role in both European and international politics.

The Embassy of the Republic of Moldova to the Swiss Confederation is located in Geneva and also serves as a representative office at the UN office, the headquarters of the World Health Organization and other international organizations.