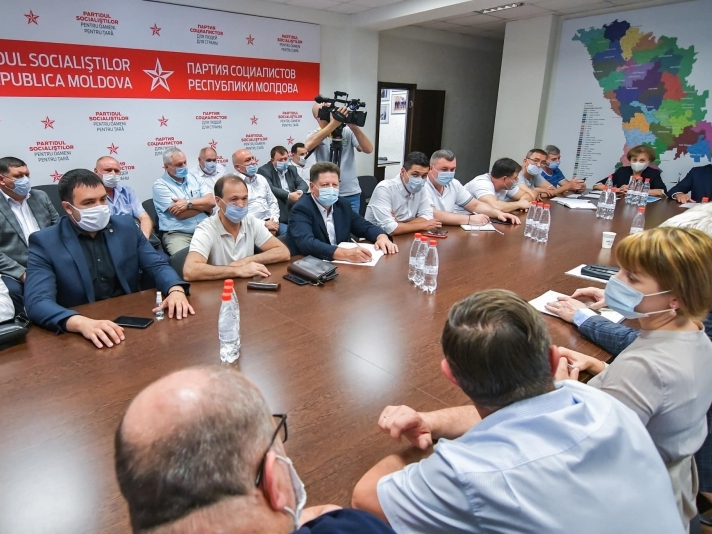 Today, the President of the Republic of Moldova Igor Dodon participated in the meeting of the parliamentary faction of the Party of Socialists where all the 37 MPs of the faction were present. The parties discussed the political situation in the country, including in the Parliament and especially the one related to the motion of censure against the Chicu Government.

During the talks, the Socialist MPs expressed their indignation at the actions of the Sandu-Candu-Plaha-Șor alliance who wanted to destabilize the situation in the country and throw it into chaos, submitting a vote of no confidence to the current Government.

The interlocutors were unanimous in their view that in the given conditions of pandemic and economic crisis, the Chicu Government managed the situation very well. The parties also stressed that all commitments with respect to the citizens were being implemented: salaries and pensions were paid, a number of social initiatives aimed to support the people were promoted, large-scale economic projects were carried out, etc.

In this regard, the head of state supported the initiative of the Socialists to sign a public statement in support of the Government led by the Prime Minister Ion Chicu.