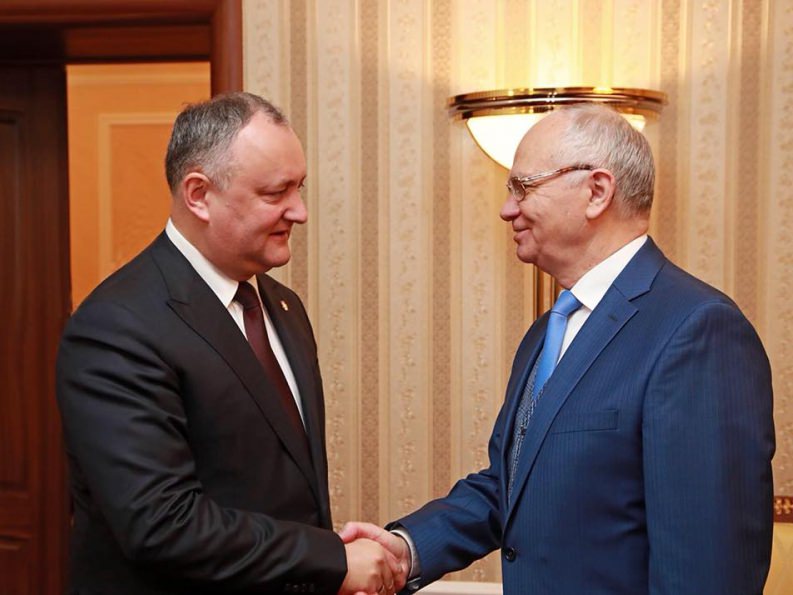 Igor Dodon and Farit Mukhametshin discussed a number of issues of bilateral cooperation and the state of affairs in the Transnistrian region. Igor Dodon expressed his deep regret over the deportation of the Russian citizens from Moldova, calling this gesture a provocation.

"The last case, like the previous ones, was taken under personal control in the presidential office to clarify the situation and prevent similar incidents in the future," the Head of State said.

"The decisions were originally proposed in the package of documents developed by the presidency on the basis of the 5 + 2 arrangements. Previously, it was discussed within the framework of the common platform together with the government and parliament. On the other hand, I would not want the latest decisions in this direction to be the result of agreements between representatives of business interests from both banks of the Dniester. Our real common task is concrete results for people living both in Transnistria and on the right bank. In this direction, a systemic approach with a political solution is very important. In the presidency, such a concept has already been developed," Igor Dodon said.

At the same time, the President assured that, despite the anti-Russian demarches on the part of the Moldovan government, the dialogue and cooperation between Moldova and Russia will continue and develop.

"Despite demarches of the leadership of the Moldovan parliament and government towards Moscow, attempts to absolutely prohibit participation of deputies of other factions, the meeting of the interparliamentary friendship group of the Republic of Moldova and the Russian Federation will be held on December 11-13. In addition to the Socialist faction, deputies of the People's Assembly of Gagauzia and the Supreme Council of Transnistria will take part in it. A return visit of Russian colleagues is planned for June 2018," the Moldovan President said.