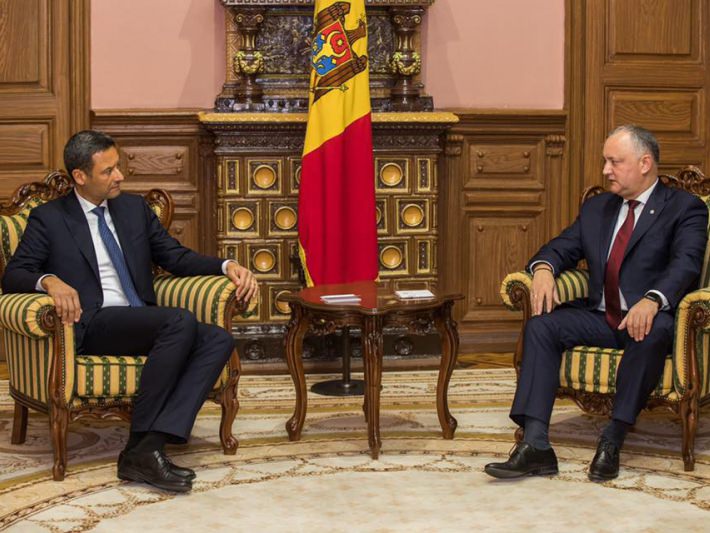 During the dialogue, the head of state mentioned the active cooperation of the state and public institutions of our state with the Council of Europe – one of the most important international organizations.

“I accord a particular attention to the issue of parliamentary election in the Republic of Moldova, which is preconized to the final of February. In this context, I mentioned the necessity for a more active involvement of the Council of Europe in monitoring the electoral process and announcing its results. I assured Mr. Massolin that the leadership of the Republic of Moldova will make every effort to make the elections in the most transparent and correct manner", Igor Dodon said.

The President of the country also told the head of the Council of Europe Office about the essence of the basic strategy of the presidential administration's foreign policy: establishing mutually beneficial relations both with the East and with the West on the basis of the constitutional principle of permanent neutrality of the Republic of Moldova.