President of Moldova Igor Dodon met with the Extraordinary and Plenipotentiary Ambassador of the Russian Federation to the Republic of Moldova, Farit Mukhametshin. 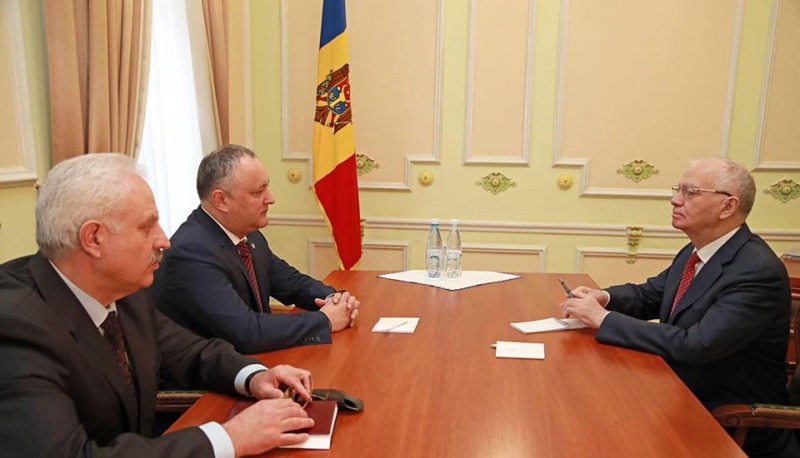 President of Moldova Igor Dodon met with the Extraordinary and Plenipotentiary Ambassador of the Russian Federation to the Republic of Moldova, Farit Mukhametshin.

The Head of State once again expressed his sincere and deepest condolences in connection with the nightmarish tragedy in Kemerovo, which killed 64 people, most of whom were children.

“This tragedy shocked the whole world. The people of Moldova are mourning and sympathizing with the relatives and friends of the deceased. There can be no understanding and justification of how some people, including in our country, are meanly and cynically using the grief of dozens of people to once again prick Russia. I apologized to the Ambassador of the Russian Federation for the words and actions of these people. Not a single country is immune from such tragedies either in Europe or in any other region of the world," he said.

During the conversation, Igor Dodon also spoke about the unprecedented expulsion of Russian diplomats from Moldova as a "gesture of solidarity" with a third country.

“I consider this step of the Moldovan government to be frankly harmful, damaging the national interests of the country. This move caused legitimate bewilderment and condemnation on the part of the majority of the Moldovan citizens. It was made by the ruling Democratic Party in Moldova to win the support of the pro-Western part of the electorate on the eve of the parliamentary elections," the Head of State said.

In addition, the parties discussed a number of important agreements that were reached during the visit to our country of Deputy Foreign Minister of Russia Grigory Karasin. The President expressed the hope that the irresponsible and frankly provocative actions of the Moldovan government would not have a negative impact on the implementation of these agreements.

Also, the Head of State and the head of the diplomatic mission discussed the possibility of organizing a working visit of Igor Dodon to the Russian Federation in the second half of April.

"There are a lot of issues in relations between our countries that require immediate resolution at the highest level," the President concluded.