The Head of State of Moldova met with Valentina Matvienko 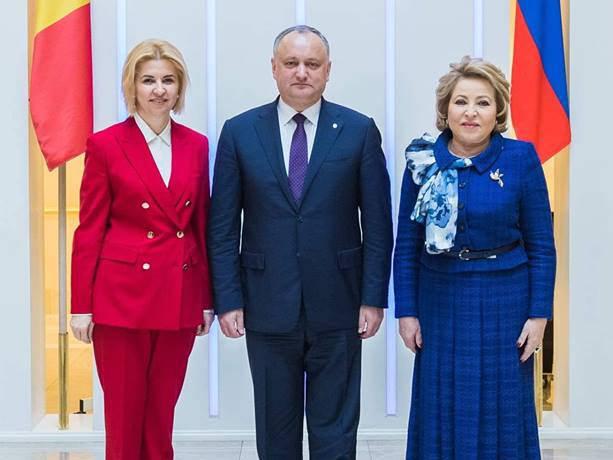 The President of the Republic of Moldova, Igor Dodon, met with Valentina Matvienko, Chairman of the Council of Federation of Russia. In this context, the head of state stressed that Moldova and Russia had traditionally established friendship and partnership relations.

Igor Dodon informed Mrs. Matvienko about launching the Year of Family in the Republic of Moldova, about the draft Program for celebration in Moldova of the 74th anniversary of the Great Victory and the 75th anniversary of liberation of our country from the fascist invaders. During the conversation, the interlocutors also touched upon issues of cooperation in the social and humanitarian sphere.

Also, Igor Dodon and Valentina Matvienko noted a special interest in organizing at a high level the Moldo-Russian Forum of Regions, which was scheduled to be held in March this year in the Republic of Moldova, in Chisinau and Comrat.

The head of state noted that his strategic goal as of a President was to build a long-term balanced foreign policy of the Republic of Moldova in relations with the countries of the East and the West.

At the end of the meeting, Igor Dodon expressed his gratitude to Mrs. Matvienko for support that she personally and the Council of Federation provided to the regions of Moldova and to the whole Moldovan people.