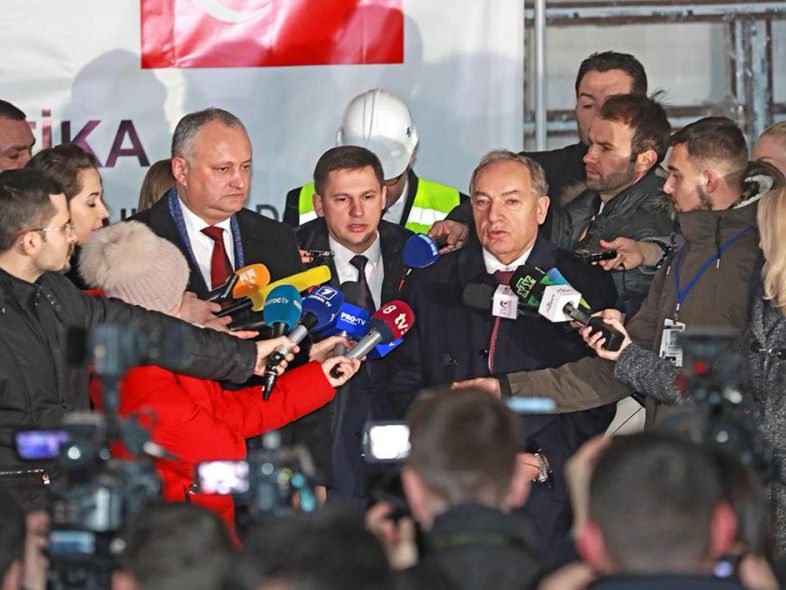 The Head of State noted that the building of the presidency is a symbol of the state and statehood of our country. It was here that the first sessions of the parliament of the independent state of the Republic of Moldova were held. However, the Moldovan authorities failed after the April 2009 riots, as a result of which the building was defeated, to find means for its restoration.

"Immediately after my election to the post of the President of the Republic of Moldova, I promised to do everything possible to repair the presidential building. Realizing that the state budget has other priorities (schools, roads, kindergartens, pensions, salaries), announced my intention to find external funds for reconstruction.

Since January of last year, I have addressed to various external partners of our country. I am grateful to the President of the Republic of Turkey Recep Tayyip Erdogan, who responded to our appeal and offered to fully pay for the restoration of the presidential building. Thus, the state will not spend single lei on repairs or furniture.

With the mediation of the Turkish Agency for Coordination and Cooperation (TIKA), the Turkish government has carried out all the necessary legal procedures for selection of the company, which will have to perform repairing and construction work.

President noted that for two decades this agency has implemented dozens of social projects in Gagauzia and other regions of Moldova, including in the municipality of Chisinau.

Alsol, the head of the state expressed hope that the commissioning of the restored building of the presidential administration will be held on August 27, the day of the Republic of Moldova Independence. In this regard, it was sent to Mr. Erdogan an official invitation to take part in this important event, said the Moldovan President Igor Dodon.