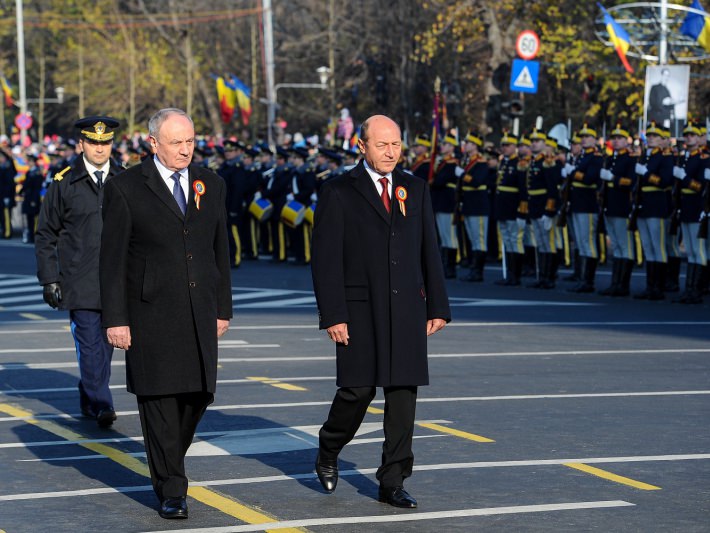 President Nicolae Timofti participated in a military parade dedicated to the National Day of Romania on the Bucharest-based Triumph Arch Square on 1 December.

Timofti, along with Romanian President Traian Basescu laid flowers at the Triumph Arch, - monument evoking the sacrifice of the heroes who accomplished the national unity of Romania.

Thus, Timofti honored the invitation made by Basescu on 29 November, within his visit to Chisinau, to participate in events dedicated to the national unity of the Romanians.

It is the first time that the Moldovan president attends a military ceremony on the National Day of Romania.

On 1 December evening, Nicolae Timofti participated in a reception given by Traian Basescu on the occasion of the National Day of Romania at the Cotroceni Palace.