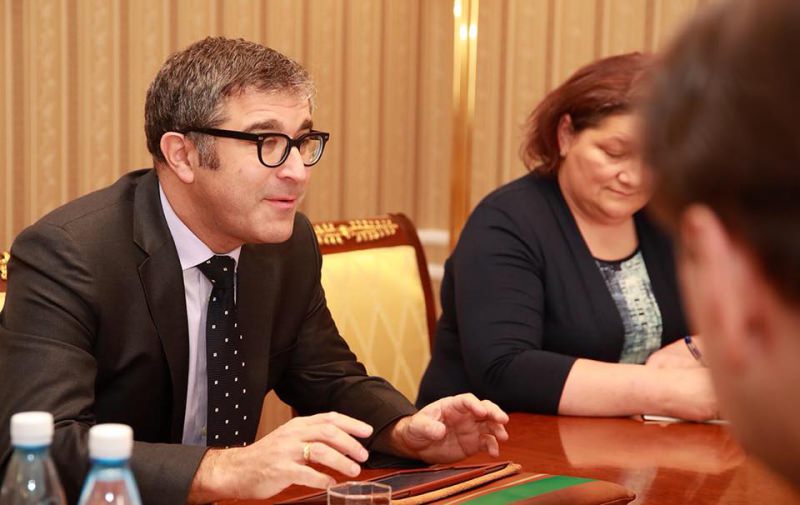 Igor Dodon met with the head of the IMF mission in Moldova, Ben Kelmanson. The sides exchanged views on the situation in the country, reforms in the banking system, support from the International Monetary Fund, and talked about the report of the audit company Kroll-2, which investigated the theft of the billion dollars from the banking system of Moldova.

President noted  that everything that has happened in recent years (theft in the financial and banking system, unfulfilled reforms, chaotic political statements and counterproductive behavior towards many partners, including the Russian Federation) had a significant impact on the state of affairs in the country, slowed development of a number of sectors and adversely affected the ability of citizens to resist the complexities of both economic and social nature, the Head of State said.

The Moldovan leader positively assessed actions to reform the banking system, which is carried out in order to achieve transparency of shareholders, effective regulation and supervision, and banking management.

Also, the President noted the positive results in the field of tax administration, made possible by the professionalism of the tax authorities.

The President expressed extreme concern over the situation with the investigation of the theft of a billion of the three troubled banks in Moldova, as well as with the ban on publishing the full text of the Kroll-2 report.

"This issue, including return of the stolen funds, was discussed at a meeting of the Supreme Security Council on March 7. In my opinion, this report should be made public in order to enable the Moldovan experts and the public to access information that is very in demand and necessary (including for potential investors) to restore confidence in the banking system of Moldova," the Head of State said.

In the course of the conversation, Igor Dodon welcomed ANRE's decision to reduce tariffs for natural gas, although, this decision was somewhat delayed. He also noted that in Moldova there was an urgent need for real reforms in many sectors in order to improve the living standards of the population, restore the confidence of citizens in the country's ability to overcome the challenges of local, regional and global nature.