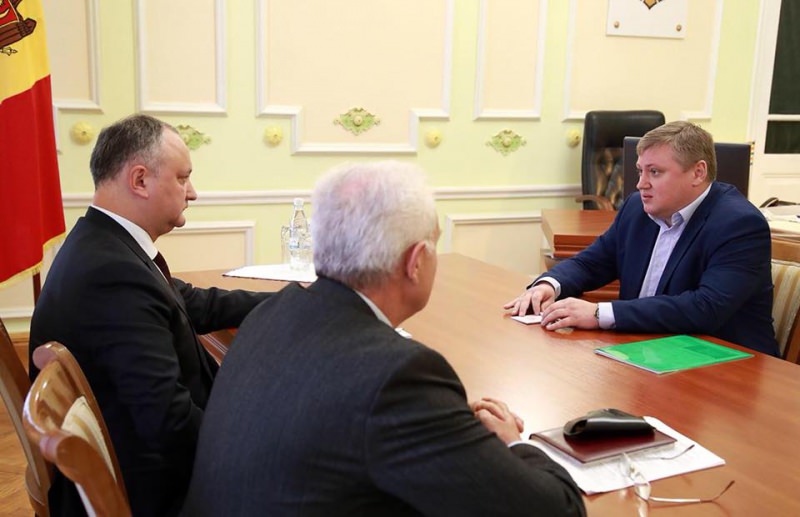 President of Moldova, Igor Dodon, had a meeting with Oleg Horjan, a politician and public person in Transnistrian region.

The head of state confirmed the interest in fostering dialogue with all interested participants in the region, in various formats and platforms, during the discussion.

Also, Igor Dodon referred to importance of intensifying dialogue and strengthening confidence – building measures among citizens of both banks of the Dniester, while stressing the importance of developing a viable communication with representatives of the leadership of the Dniester’s left bank, primarily to solve economic and social problems faced by locals in the area.

The President of Moldova stated that at the meeting with the President of Russia, Vladimir Putin, which took place in Sochi, informed him about the social – economic situation in the Transnistrian region and about the issues which were addressed at the Holercani meeting with representatives of civil society, on 07 October 2017.

Igor Dodon also expressed his gratitude and support to the representatives of the civil society in the Transnistrian region with whom he had met at Holercani.