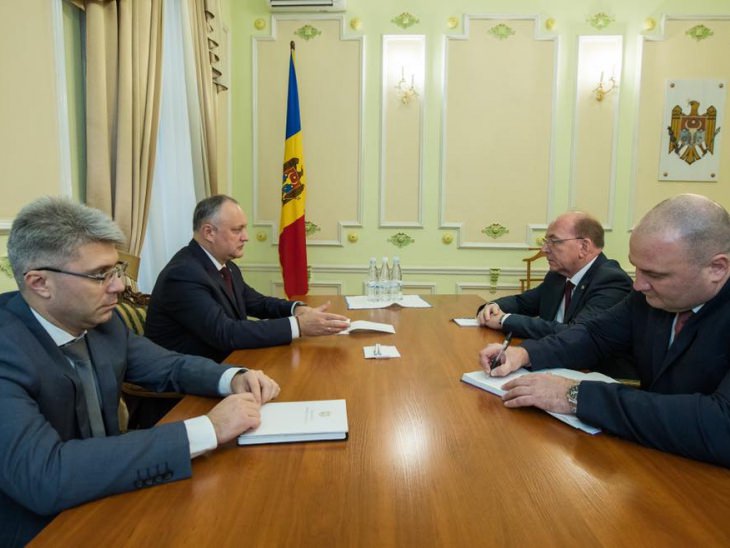 The President of Moldova Igor Dodon met with the Ambassador of the Russian Federation to Moldova Oleg Vasnetsov.

The parties reviewed the current state of affairs in Moldova’s domestic and foreign policy. The head of state remarked that recently bilateral dialogue between Moldova and Russia had been developing dynamically.

“We also discussed the results of my working visit to the Russian Federation on November 21-25, including a speech in the State Duma of the Russian Federation. I received an invitation from the Russian President Vladimir Putin to participate in the summit of the Eurasian Economic Union as an observer on December 6 in St. Petersburg,” Igor Dodon said.