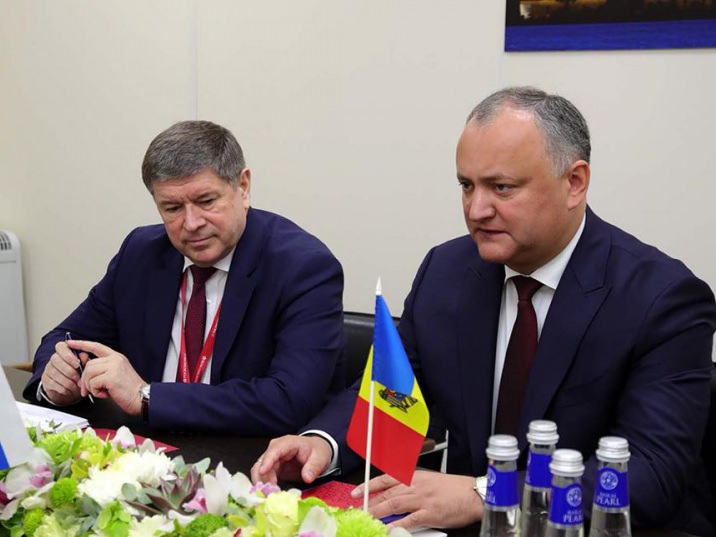 "I thanked the Governor of the Kursk region for signing protocols on the establishment of sister cities between the city of Zheleznogorsk and Bessarabsky district, as well as the Kurchatov district and Ocnitsky district, which were signed on March 29 this year. In our opinion, this will expand the area of our cooperation and promote activation of multilateral relations between the Kursk region and Moldova.

I expressed deep gratitude to Alexander Mikhailov for the invitation to take part in the festive events dedicated to a significant date - the 75th anniversary of the Victory in the Battle of Kursk, which will be held on August 22-23, 2018 and for the invitation to send an official delegation of veterans from the Republic of Moldova - participants of the Battle of Kursk - to this event. I noted that the delegation from Moldova would arrive at this event.

I also thanked Mr. Mikhailov for assistance in the development of trade and economic relations, support for small and medium-sized businesses in the sister cities, in particular for providing a free-of-charge platform for Moldovan products at the XVIII Interregional Universal Fair, which will be held in Kursk during the period from June 8 to 10, 2018.

I expressed confidence that the relations between the Republic of Moldova and the Kursk region will expand," Dodon said.