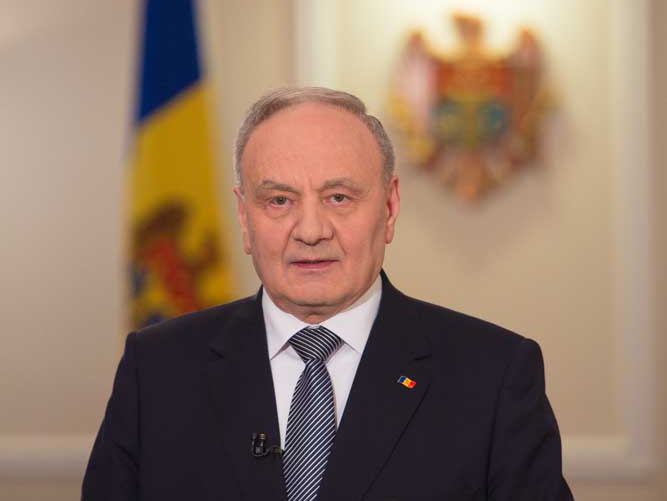 Here is the full text of the message:

The Vilnius moment, the Eastern Partnership’s summit, which we have been looking forward to over the last time, is on the verge of being held. In Vilnius, we will initial the Association Agreement with the European Union, thus establishing the pre-requisites for a decisive political and economic relationship with the European space.

This event marks a turning point in the destiny of our country and it means that we are no longer alone in our aspirations, in the wish to live better in a civilised and prosperous society. We join a space of peace, security and prosperity, where the people are united with each other, and the Union states help their partners cope with the most difficult challenges.

We recall the European Commission’s prompt reaction of support at the deadlock in which our wine-making industry found itself this autumn.

In the last years, the West has hugely helped Moldova via projects on reformation of institutions and infrastructure ones in diverse sectors. In this way, numerous public service works could be developed: roads, thermal, water, sewerage networks, irrigation systems, schools, kindergartens, hospitals, social and culture centres, modern public services.

More results of the association with the European Union will be seen as time goes by.

We hope that the decision due to allow us travelling without visas to the European Union will be taken next year, and thus we may enjoy one of the basic human rights, the one of free movement.

We regard with confidence in future the possibility that, while having the European Union’s support, we could organise out life better, reform our institutions, modernise the agriculture and the entire economy, ensure the observance of human rights.

I want to underline that all the citizens of our country will benefit from these achievements, no matter the regions where they live, ethnic affiliation, political opinions they have and their social condition. Yet, to get the wished-for living, we must be united and believe in the chance to turn Moldova into a really European country.

The impressive transformations, through which the states of the former Communist bloc, which joined the EU space, have passed, strengthen our confidence that we move on a right way.

Yet, we have everybody watched the latest attempts by some political forces, which I think do not want the good for this country, to undermine the European course that we have chosen. I want to tell these leaders, who disregard the will of the people to go to Europe, that our society has become mature enough, in order to understand that time is ripe to detach ourselves from the ghosts of the past and that our place is among the civilised countries.

I have no illusion that the good will come overnight, that we will wake up in another country tomorrow.

We still have much to do: to eradicate the corruption, put the public institutions on solid foundations, develop the production and trade.

Yet, with our effort and the support of the European friends, these tasks will be fulfilled, maybe quicker than it seems to us now. It is important to have a vision and that a helping hand is given to us.

The conclusion of the Association Agreement with the European Union is an achievement that belongs to you. This is the expression of your will and daily work. Our diplomacy and the entire pro-European coalition have just put your will into practice. I came before you today to once again thank you for the pro-European choice you have made. A choice that must be maintained, for our everybody’s good.