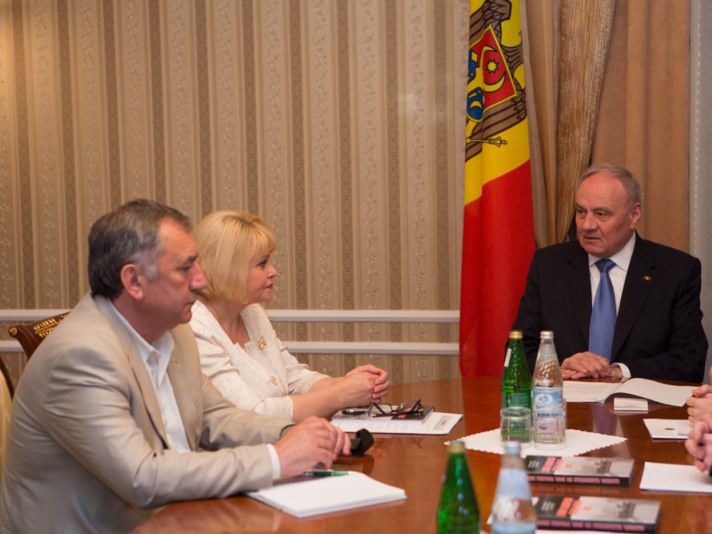 The two headmasters informed Timofti about the conditions in which the eight schools from the Transnistrian region were working. They reported the cases of flagrant violations of rights of children from the region to study in their native language, as well as persecutions of employees of these schools by the Transnistrian bodies.

The sides examined possibilities to solve the social problems faced by pupils and teachers. Timofti said these problems would be discussed at political and governmental levels, in order to find the best solutions. The president was confident that the necessary resources would be found, so that the state takes care of teachers from Transnistria, who works in extremely difficult conditions, due to permanent pressures the Transnistrian structures are exerting on them.

Timofti spoke about the need that the situation of the schools from the Transnistrian region be communicated regularly, by diplomatic means, to the European states and all international organisations dealing with the observance of human rights and made public via the media.