Nicolae Timofti signed a decree on the appointment of eight judges, before reaching the age limit 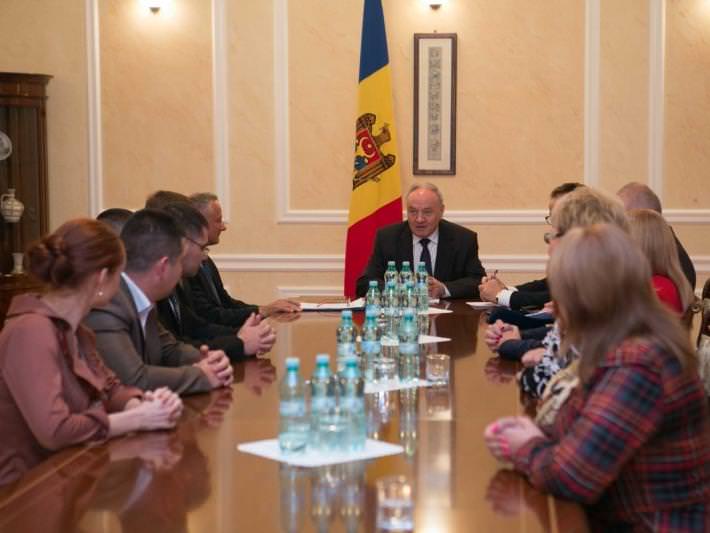 President Nicolae Timofti signed today, September, 18, current year, a decree on the appointment of eight judges, before reaching the age limit, at a proposal by the Superior Council of Magistrates.

Under the decree, the following judges were appointed:

Nicolae Timofti decided on these appointments following separate discussions held with each magistrate.

At a common meeting with the nominated judges, President Nicolae Timofti stressed out the importance to reform the judicial system, including eradication of corruption. The head of state criticized the attitude of the higher courts which had not sanctioned the magistrates accused of legislation violation.

Nicolae Timofti urged the judges to do their job honestly so as the people’s confidence in justice be restored. “The increase of judges’ salaries will take place as magistrates will show greater responsibility for the act of justice”, said the president.

Attending the meeting was the head of the Superior Council of Magistrates, Nichifor Corochii.