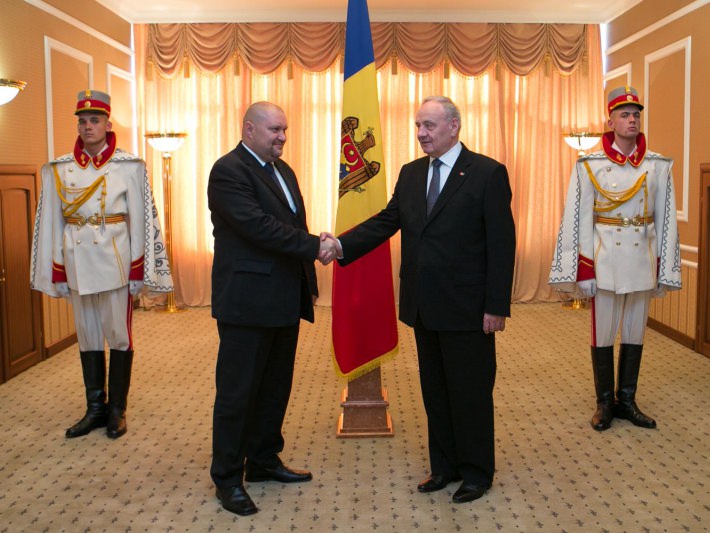 The president wished the ambassador success in his diplomatic mission. Timofti thanked Kirnag for Slovakia’s 1-million-euros-worth non-refundable financial and technical assistance provided Moldova in 2010-2013, to strengthen the institutional capacities.

At the meeting, Nicolae Timofti welcomed the opening of the Slovak embassy in Chisinau in July 2013. He stressed that it would boost the bilateral cooperation, including in the context of Moldova's efforts to join the European Union.

For his part, Ambassador Robert Kirnag welcomed the progress made by the Chisinau-based authorities to promote reforms and assured Nicolae Timofti of Slovakia’s support to provide Moldova with assistance in aligning with the European Union’s standards. "Slovakia wants to share its experience gained on its EU accession period. Moldova will benefit from assistance of the Bratislava government development fund, starting from 2014, for a five-year period”, said the diplomat.

Robert Kirnag said that the Slovak embassy was set to organise an economic forum for business people from Slovakia and Moldova.