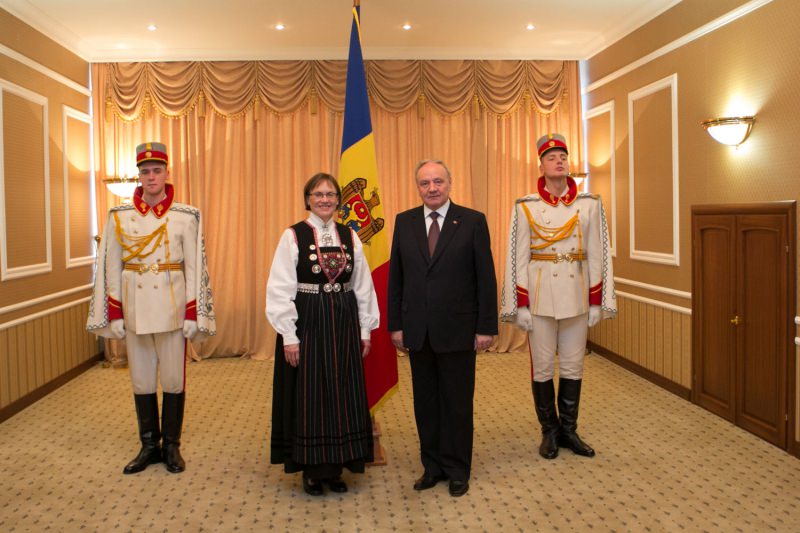 The diplomats are as follows:

and Norwegian Ambassador to Moldova Tove Bruvik Westberg, with all the envoys based in Bucharest.

Timofti informed the ambassadors about the reforms implemented by the Moldovan authorities within the country’s modernisation programme. “The policy on adjusting to the EU standards will contribute to improving the residents’ living standards,” he said.

The ambassadors congratulated Nicolae Timofti on the initialling of the Association Agreement with the EU, and welcomed Moldova’s joining the values of the western civilisation.

The Moldovan president and the ambassadors approached the political cooperation, as well as prospects for the economic and cultural collaboration.