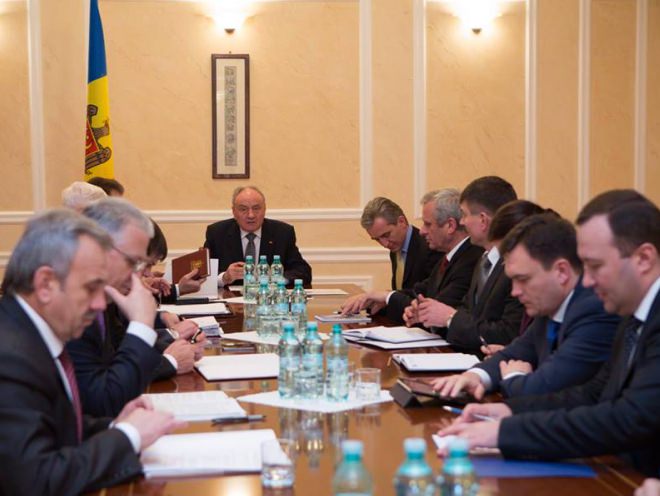 President Nicolae Timofti today chaired, along with Prime Minister Iurie Leanca, a meeting focused on the current situation in justice and law-enforcement bodies, the presidential press service has reported.

Timofti asked the officials presenting the reports on the activity of their institutions to boost the actions counteracting abuses and irregularities in the system. He opted for using all the legal methods meant to sanction and to relieve the employees with integrity problems from the state institutions. The president stressed that these employees were guilty of perpetuating corruption practices, protectionism and admission of interference in the investigation and justice cases.

Timofti underlined that the performance of the institutions in the law and national security sector was extremely important for Moldova’s advancing on the European integration path, and urged to meeting the commitments Moldova had taken before the EU.

The heads of the law enforcement bodies were given concrete tasks on the actions due to be undertaken on the next period, in order to improve the situation in the field. Also, the participants in the meeting discussed the need to amend the current relevant legislation to this end.