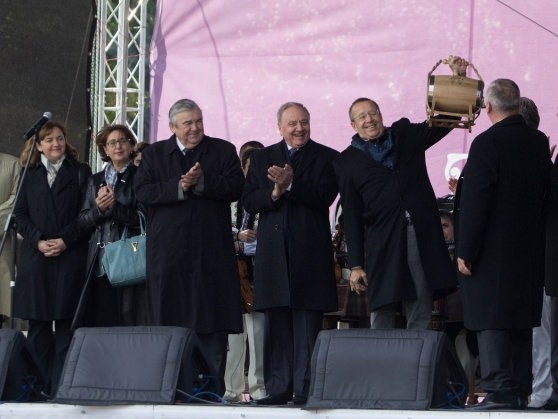 The Head of State addressed a welcoming speech at the inauguration ceremony of the event, praising the quality of the Moldovan wines and voicing hope that the Moldovan wine-makers would succeed to impose on the European Union’s market.

Nicolae Timofti visited the stands of the Moldovan wine producers, discussed with them, tasted the exhibited products and danced together with the participants at the feast.