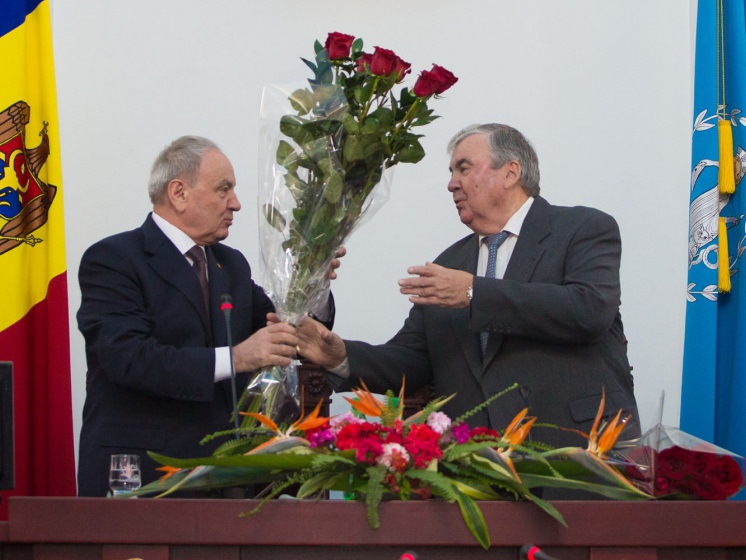 President Nicolae Timofti participated in the launch of a book “Labirintul Destinului” (Maze of destiny), in six volumes, signed by the first Moldovan head of state, Mircea Snegur.

In his speech, Nicolae Timofti welcomed the publication of the book, stressing the importance of the memories of the first Moldovan president for the next generations. “Mircea Snegur, as head of state, had to face the challenges of an epoch of break-off, transition from a totalitarian to a democratic society. His efforts to edify a state based on the rule of law, by reforming the electoral and judicial systems, placed Moldova at the head of the states from the former Soviet space in terms of observance of the civic freedoms. This allowed us embarking upon the road of European integration with confidence,” Nicolae Timofti said.

The head of state also informed about the outstanding human qualities of Mircea Snegur, by which the former president managed to win the likings of the citizens.