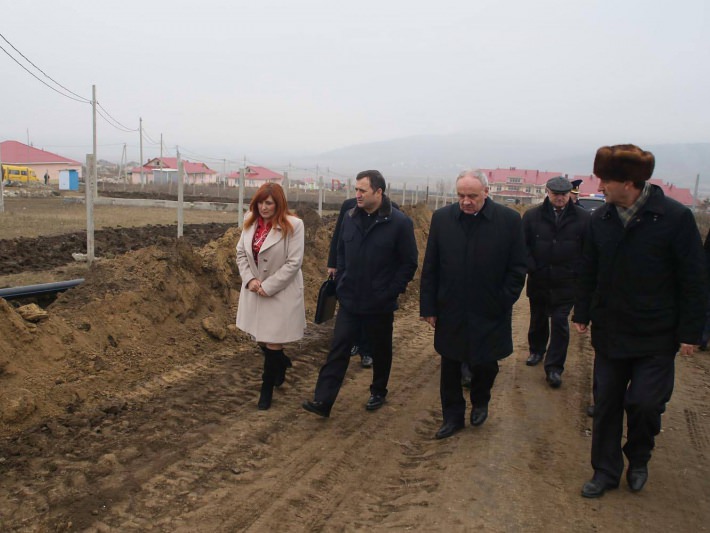 Timofti, accompanied by representatives of the government, as well as by the leader of the Liberal Democratic Party (PLDM), Vlad Filat, inspected the new neighbourhood in the Nemteni settlement, and in Cotul Morii village, visited the community centre, sanitary centre and gymnasium-kindergarten, in order to meet representatives of the local authorities, as well as residents.

In his speech, the president said that the 2010 floods had managed to mobilise the Moldovan citizens. “After all the efforts of institutions and people involved in rebuilding houses and infrastructure, presently we may say that we have shown will and character. We saw that the notions of compassion and solidarity are not alien for us. We confirmed that we can be willing to help. I am sure that the solidarity is one of conditions of our spiritual and material flourishing”, he said.

Timofti thanked Filat, who was prime minister at that time, for his personal involvement in managing the reconstruction works of the hit villages.

“I believe it is possible that, in each village of Moldova, nice houses and decent roads appear, like the ones I have seen here. To this end, we have to be united and to continue our course towards the civilised world, to the European Union. Now, when the results of the Moldovan pro-democratic governments started being seen, we understand that it this is the only alternative which can bring wellbeing to us and our children”, the head of state noted.

About 220 million lei has been earmarked from the state budget for the construction of buildings in Cotul Morii, Sarateni, Nemteni and Obileni villages. Also, the financial means provided by the Romanian and Georgian governments were used on the purpose. About 61 buildings, out of 685 houses, were supported by the Concordia Association, and 3 – by a German charity organisation.

A gymnasium-kindergarten, attended by 178 pupils, was inaugurated in the Cotul Morii village on 1 September 2013, with 500 families residing there. The institution is presently connected to the water supply networks, by drilling a well, setting a tower and building a water treatment station. In the Obileni village, a mini-football stadium was inaugurated for the gymnasium.

Nineteen-km road segments were built in the flood-hit villages. In 2013, a main aqueduct started being constructed for 10 settlements in the Hincesti district.

About 287 million lei was allocated from the state budget for developing flood-hit villages in 2010-2013.