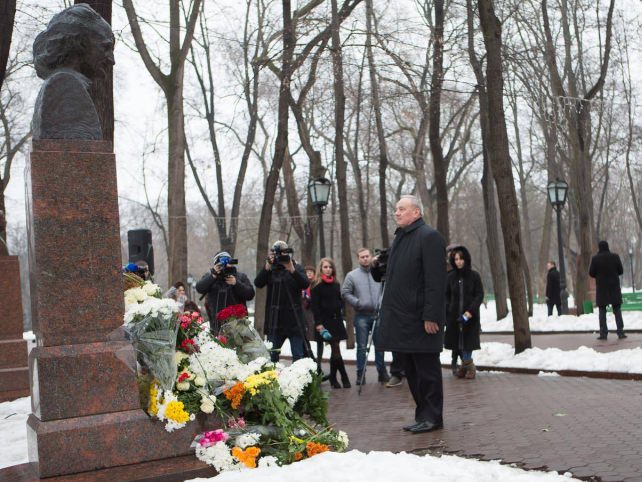 President Nicolae Timofti laid flowers at the bust of departed poet Grigore Vieru on the Classics Alley today, on the occasion of the poet’s 79th birthday anniversary.

Timofti said that he had always had a special respect for the poet. „We must be proud of the fact that we were contemporaries with Grigore Vieru, who wrote with love poems about our nation, native language and country. I have a volume of poems of the poet on my bureau. I like to memorise poems, but when I read the lines written by Vieru I cry, because I am overwhelmed by emotions,” Timofti said.

Presidential advisors also attended the homage event, dedicated to the departed culture figure Grigore Vieru, who died in the wake of a grave traffic accident five years ago.