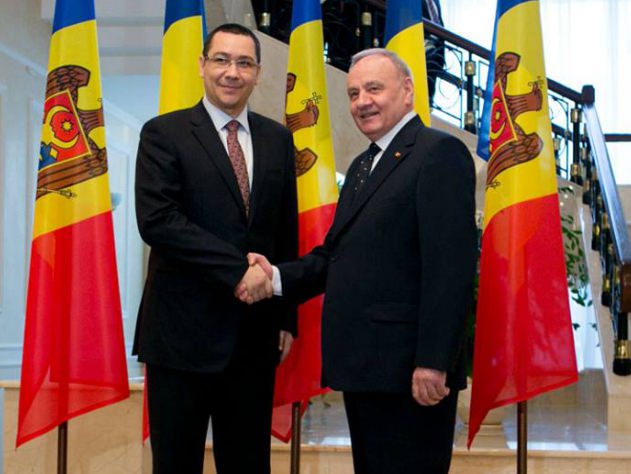 Timofti welcomed Ponta’s presence in Chisinau and thanked the Romanian authorities for firm support provided to Moldova’s European integration process. „We initialled the Association Agreement with the European Union with also with the support of Romania, which along with other EU states helps us a lot in the European integration process. At bilateral level, it is important that the relation between the two states gets even more substance, by completing joint economic projects,” Timofti said.

Victor Ponta was confident that Moldovan people would back the European integration with great enthusiasm, when the integration’s effects were to be visible. „Romanian citizens became pro-European in an overwhelming quota following the abolition of visa regime for the European Union. And Moldovans will benefit from free movement to the Schengen area soon,” Ponta said.

Nicolae Timofti voiced confidence that Moldova’s modernisation programme, implemented by the Chisinau authorities, will place the country on an irreversible European path. „Foreign pressures we are facing will not impede us to sign the Association Agreement with the European Union this year,” Timofti said.

The two officials also approached the fostering of cooperation between Moldova and Romania and exchanged opinions on the development of the situation in the region.