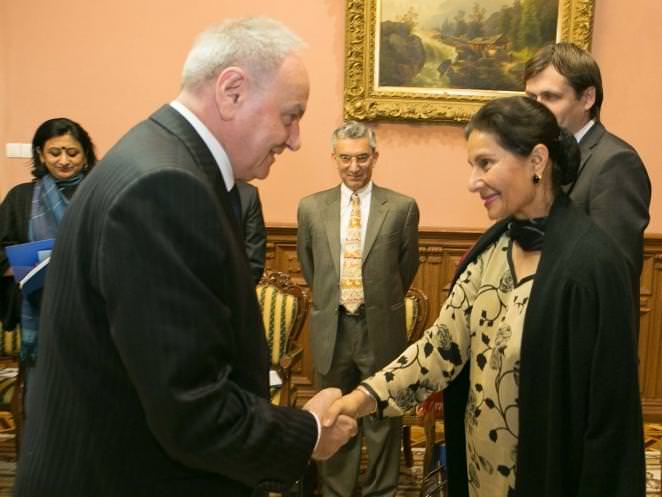 The head of state highlighted the importance of turning to good account the economic cooperation potential between the two states. President Nicolae Timofti said that Moldova was willing to attract investments and to apply Indian technologies in the health care, renewable energy and agriculture sectors. “India’s experience in development of information technologies is an example for adjusting a country to the changes from the modern world. At the same time, the Indian sales market is of special interest for the Moldovan wine producers”, the head of the state said.

Preneet Kaur, the Indian Minister of State for External Affairs, spoke out for boosting the political dialogue and developing the economic relations between India and Moldova. “Over 50 Indian pharmaceutical companies are operating in the Republic of Moldova. The observance of the most advanced quality standards in fabricating medicines is a priority for the Indian firms”, she said. The Indian minister added that the fosterage of relations between the chambers of trade and industry of the two countries, as well as the organisation of business forums would bolster the trade exchange between India and the Republic of Moldova.

This is the second visit to Moldova by a high-ranking official from India. Secretary of State of the Indian Foreign Ministry V.K. Grover visited Moldova in 1994.