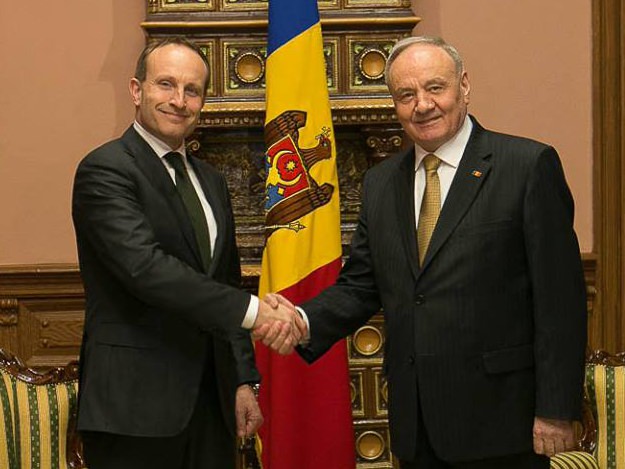 The president welcomed the Danish official’s presence in Chisinau and thanked him for Denmark’s support for the European agenda of Moldova. "Thanks to the support expressed by Denmark, starting from 28 April, Moldovan citizens will be able to travel without visas to Europe", said the president.

Foreign Minister Martin Lidegaard said his visit to Chisinau was a gesture of solidarity with Moldova in the current tense regional context.

President Nicolae Timofti expressed concern about the state of insecurity set in this part of Europe, following the latest developments in Crimea. "The presence of the Russian 14th army troops in Transnistria, contrary to the commitments undertaken by Russia at the OSCE summit in Istanbul in 1999, impede the Transnistrian conflict settlement", said Nicolae Timofti.

The Danish diplomat noted the Moldovan authorities’ successes in modernising the country, which will allow signing of the Association Agreement with the European Union as soon as possible. "The rapprochement with the EU may be achieved only by enhancing economic reforms, edifying a state based on the rule of law and strengthening democratic institutions," said Martin Lidegaard.

Martin Lidegaard said Denmark would launch, through the International Fund for Agricultural Development (IFAD), an assistance programme worth about 4.6 million dollars to promote economic growth, by providing loans and grants to young entrepreneurs from rural areas of Moldova.