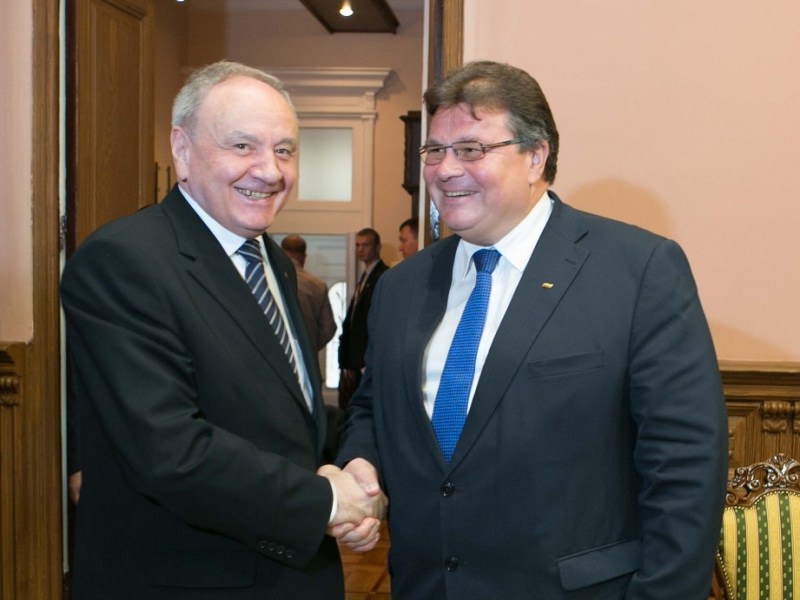 President of the Republic of Moldova Nicolae Timofti had today, 4 October current year, at the Presidential Residence, a meeting with the Lithuanian Minister of Foreign Affairs Linas Linkevicius.

The Head of State reiterated that the Eastern Partnership Summit, hosted by Lithuania, was an essential benchmark in the coordinates of Moldova’s foreign policy. President Timofti stressed the key role of Lithuanian Chairmanship of the EU Council for the success of the Vilnius reunion. “We remember and appreciate very much the constant support provided by President Dalia Gribauskaite in the diplomatic environment and at international forums”, said the Head of State.

Also, Nicolae Timofti noted that the Moldovan authorities were perfectly aware that they must fulfil the commitments taken before the European partners and that the judicial reform and fighting corruption were priority issues on his public agenda.

Lithuanian Minister of Foreign Affairs Linas Linkevicius welcomed the progress made by Moldovan authorities in modernising the country. “Moldova tops the list of the states participating in EU’s Eastern Partnership program. The leading position gives Moldova real chances to initial and sign the Association Agreement and Free Trade Agreement in 2014, during the mandate of the current European Commission”, said the diplomat.

The Lithuanian Minister of Foreign said the European Union was fully aware of the situation of Moldova, which faces Russia’s political and economic pressure. The Head of Lithuanian diplomacy noted that the Republic of Moldova would benefit of enough support from its Western partners to continue advancing on the European integration path.