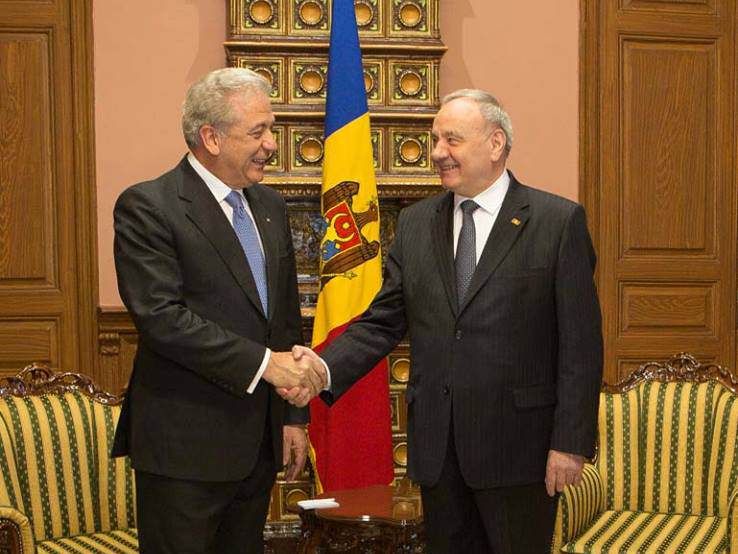 Timofti welcomed the Greek official’s visit to Chisinau, in the context of Greece taking over the EU presidency starting from 1 January 2014. He said that the Moldovan authorities had political will to implement a reform programme necessary to align with the EU standards. “I am sure that, despite the foreign pressures aimed at deviating the country’s European integration, Moldova will sign the Association Agreement with EU in 2014”, he noted.

Dimitris Avramopoulos said that, besides the establishment of the necessary framework of bilateral cooperation in the military sector, one of the tasks of his visit was to convey a firm message of support from the Greek authorities for Moldova’s European aspirations. “During the EU presidency term, Greece set on the agenda of priorities providing Moldova with needed assistance for its European integration. A visit to Chisinau by Greek Prime Minister Antonis Samaras on 7 April will be proof of these intentions,” Avramopoulos said.

The official highlighted the importance of ensuring a climate of peace and stability in this region of Europe. “NATO observes Moldova’s status of neutrality. The Moldovan authorities are to decide on the degree of deepening the ties with the Alliance. The Greek government is willing to provide assistance necessary to modernise Moldova’s armed forces and train Moldovan officers in the relevant Greek institutions”, he noted.