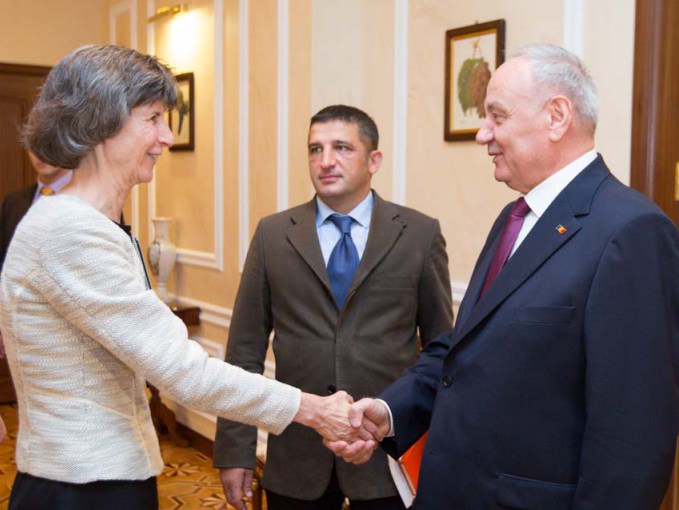 The president expressed satisfaction with the current level of cooperation between Moldova and the World Bank, noting that the projects implemented with the support of the financial institution over the past two decades had substantially contributed to the process of democratisation and to the market economy values.

World Bank Vice President for Europe and Central Asia (ECA) Laura Tuck informed the president about the priorities established within the Moldova Partnership Strategy for 2014-2017. The projects financed by the World Bank amount to a total of 450 million dollars, and are aimed at strengthening state institutions, enhancing social protection and supporting reforms in health and education, as well as improving energy efficiency and security.

The World Bank representative said special attention will be paid to the financial sector stability, management of public investments and increasing the efficiency of agricultural subsidies within the development policies.

For his part, President Nicolae Timofti said that the successful implementation of the projects financed by the World Bank would contribute to Moldova’s advancement on the path of European integration.