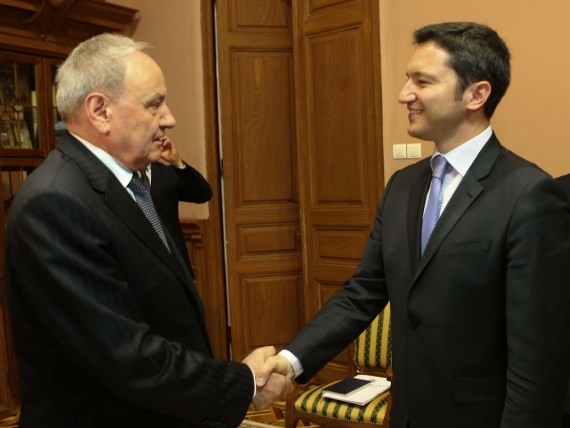 The two officials discussed issues included on the Moldovan authorities’ European agenda, in the context of the nearing of the Eastern Partnership Summit due in Vilnius. President Nicolae Timofti said that the Moldovan authorities were involved in a vast process of country’s modernisation, in order to fulfil the commitments taken before the European partners.

The Bulgarian diplomat welcomed the progress made by the Republic of Moldova in the process of aligning to the European standards, stressing that Bulgaria would further provide all necessary support to Moldova in its European integration. “I am confident that the Association Agreement and the Free Trade Agreement with the EU will be initialled at the Vilnius Summit and, in 2014, these documents will be signed. At the same time, Bulgaria backs the liberalisation of the visa regime with the European Union for the Moldovan citizens,” the official said.

During the discussion, Vigenin showed satisfaction with the conditions created for the development and expression of the ethnical, cultural and linguistic identity of the Bulgarian community in Moldova, complying with the European practices.

The two officials reiterated the interest of both sides in developing the economic cooperation between the two countries.