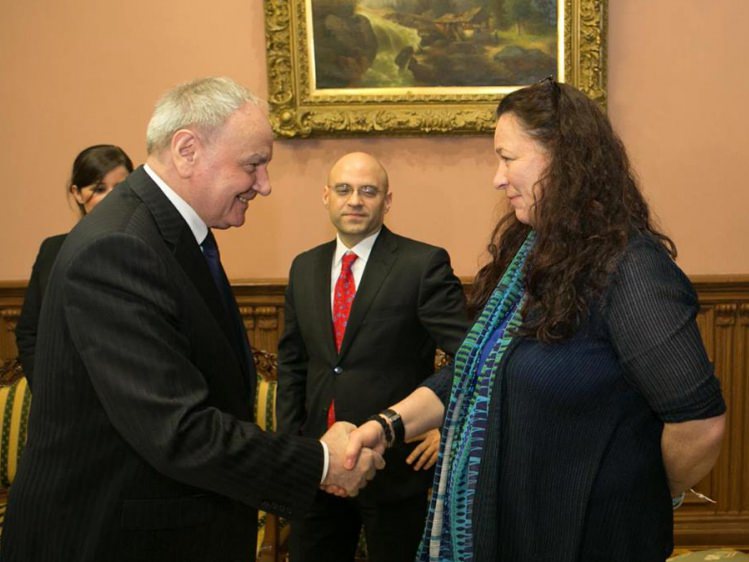 Timofti voiced wish that the sides involved in the five-plus-two talks foster efforts, in order to identify sustainable political solutions to settle the Transnistrian conflict. „The providing of a special status to the breakaway region within Moldova offers the needed conditions for the wellbeing and preserving the ethnic and cultural identity of all citizens,” Timofti said.

The president expressed concern about the Transnistrian authorities’ deliberate actions to worsen the situation, meant to obstruct Moldova’s European integration.

Timofti reiterated the official position of the Moldovan authorities as regards the need to withdraw the Russian troops and ammunition from Moldova, as well as to replace the peacekeeping forces on the Dniester by a civil mission under international mandate.

Jennifer Leigh Brush spoke out for bolstering confidence between the two banks of the Dniester by including both the political, social and economic issues on the negotiations agenda.

„The observance of human rights in the Transnistrian region and providing of normal work of the Transnistria-based Moldova-run schools continue to be a constant concern of the organisation,” Brush said.