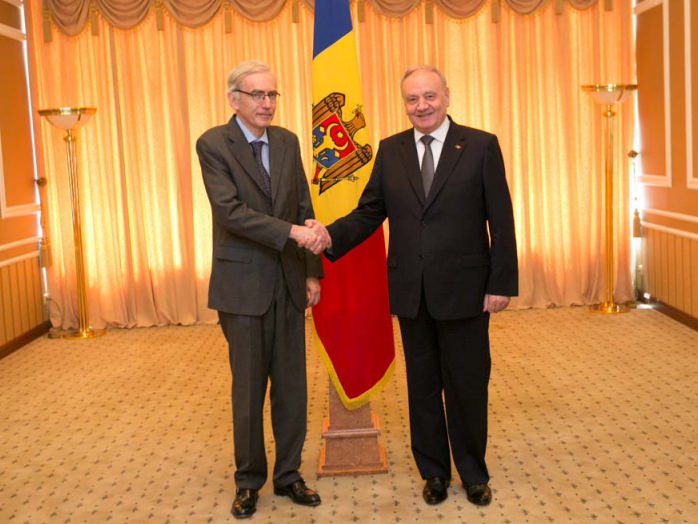 Timofti described the bilateral relations as excellent and thanked Gerard Guillonneau for his efforts to foster the Moldovan-French ties in all sectors. „There are multiple premises to further develop a sustainable partnership. We are two countries that share the same European values, as well as those of the Francophonie,” Timofti said.

The president highlighted France’s support provided to the authorities of Moldova on the latter’s European integration path and underscored the importance that the western partners transfer experience for the process of modernising society.

Gerard Guillonneau welcomed the signing of the Association Agreement between Moldova and the European Union in Brussels today. The official was confident that the Moldovans would use this historic opportunity to join the family of European nations.

„Moldova, by its culture and history, has European vocation. The Moldovan authorities must carry out the justice reform, fight corruption, implement rural development programmes, so that the state’s institutions comply with the European Union’s requirements. Such actions will always enjoy the support of France,” Guillonneau said.