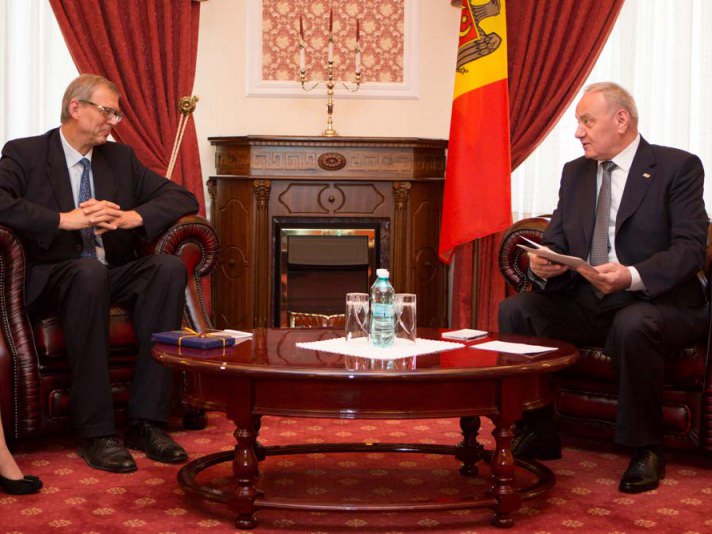 Timofti thanked Meyer for his contribution to the development and deepening of the Moldovan-German friendship and cooperation ties. „It is symbolic the fact that your mission has started with the organisation of the visit of German Chancellor Angela Merkel to Chisinau on 22 August 2012, who sent a message of support for Moldova’s European aspirations,” Timofti said.

Timofti praised the technical and financial assistance provided by Germany within the programmes of consolidation of Moldovan democratic institutions, as well as the German investors’ contribution to develop the national economy. Timofti was confident that the signing of the Association Agreement with the European Union would boost up the bilateral cooperation in all sectors.

„The Moldovan nation belongs to the European family. The citizens must be informed about the advantages of the Association Agreement with the European Union, so that they make the right choice for the country’s future at the autumn parliamentary polls,” Meyer said.

The officials also exchanged views about the complex regional situation.