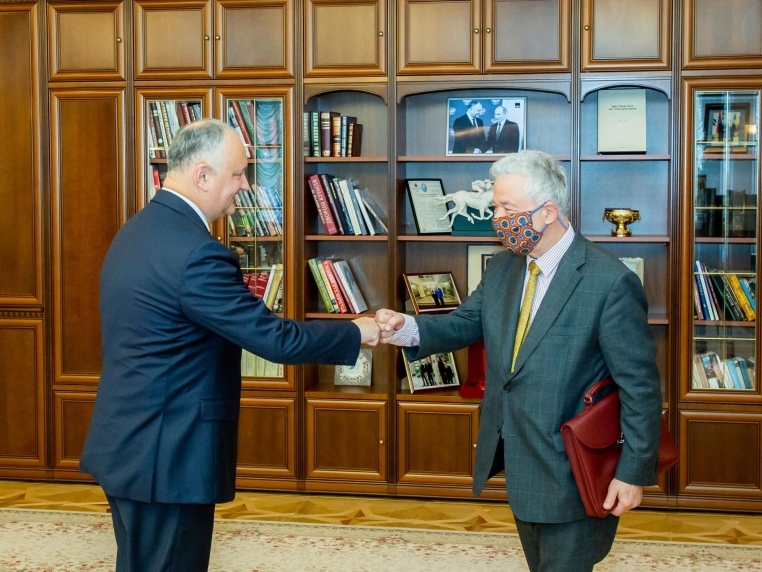 The President of the Republic of Moldova, Igor Dodon, had a new meeting with the Austrian diplomat Thomas Mayr-Harting, Special Representative of the OSCE Chairman-in-Office for the Transnistrian settlement process. The meeting took place after negotiations between Mr. Mayr-Harting and the Transnistrian administration and the heads of diplomatic missions in the countries participating in the 5+2 format.

The head of state expressed gratitude for the efforts that Albania, in his capacity as President of the OSCE, makes in relation to the Republic of Moldova, capitalizing on the experience of Mr. Thomas Mayr-Harting, who is well acquainted with the issue of Transnistrian settlement.

During today’s meeting, the officials exchanged views in more detail on a wide range of issues related to the current state of Transnistrian settlement. Particular attention was paid to topics such as the free movement of citizens, telecommunications, the functioning of the banking system, as well as the prospects for new initiatives that would lead to confidence-building.

Finally, the President expressed the interest of the Moldovan side to continue the open dialogue at various levels in order to achieve substantial progress in the Transnistrian settlement.

The head of the OSCE Mission to Moldova Claus Neukirch also attended the meeting.