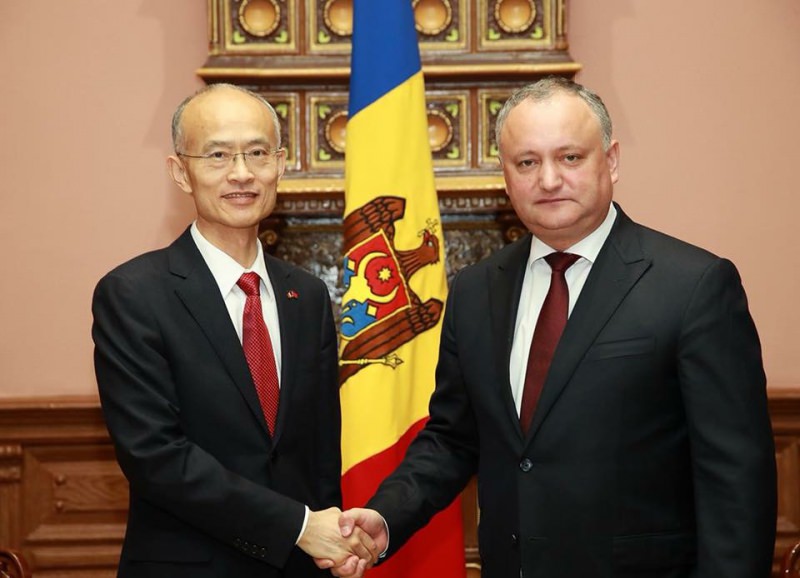 "I thanked the ambassador and the leadership of the People's Republic of China for the firm and clear position of China expressed in support of strengthening the statehood, independence, sovereignty and territorial integrity of the Republic of Moldova. In the same context, I noted the successful development of bilateral relations and mutual support at the level of international organizations," Igor Dodon noted.

During the conversation, the sides touched on the discussed Comprehensive Free Trade Agreement between Moldova and China in detail. Ambassador Zhang Inhun reaffirmed China's openness to pragmatic, mutually beneficial cooperation between our countries and expressed the interest of the People's Republic of China to invest in the Moldovan economy, infrastructure, and industrial parks.

Igor Dodon noted the desire to develop strategic partnership between Moldova and China, intention to build long-term, friendly relations at all levels and noted that Moldova supported the policy of "One China", which is being held by the official Beijing.

During the conversation, they also touched upon the possible prospects for organizing the meeting at the level of the first persons of the Republic of Moldova and the People's Republic of China.

"In conclusion, I thanked the Ambassador and the Government of China for the support provided to the First Lady "Din suflet" Fund," the Head of State noted.