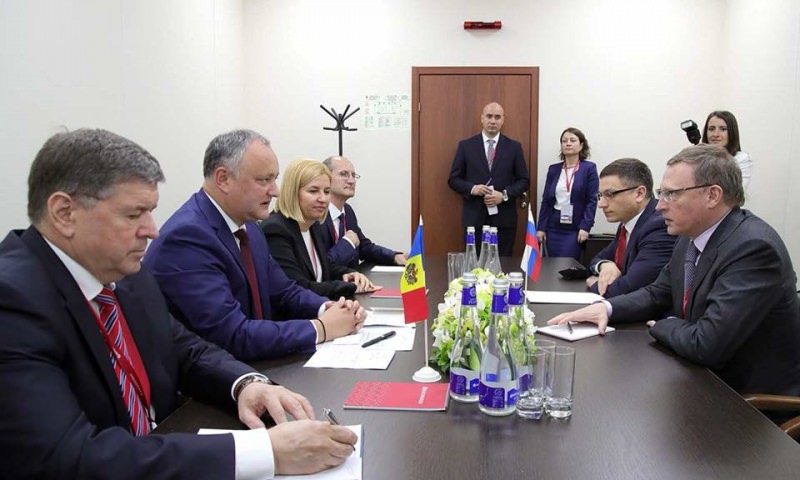 "I met my old friend Alexander Burkov, who is temporarily acting as the governor of the Omsk Region. I know Alexander for a long time, since his leadership of the Sverdlovsk regional organization of the party "Fair Russia", - said Igor Dodon.

The parties discussed a wide range of issues related to cooperation between the Omsk region and the regions of the Republic of Moldova.

"I welcomed the dynamics of our bilateral relations development. I noted that in 2017 there was recorded an unprecedented growth in the field of trade and economic cooperation between the Republic of Moldova and the Omsk region. Thus, the foreign trade turnover of Moldova with the Omsk region increased by 3.4 times in the past year compared to the same period in 2016 and amounted to 2340.5 thousand US dollars, and exports for this period increased by 13.3 times. And there is still a huge potential for cooperation, which must be fully developed. I accepted invitation of Alexander to visit Omsk on City Day, which is celebrated on August 5," the President of Moldova said.