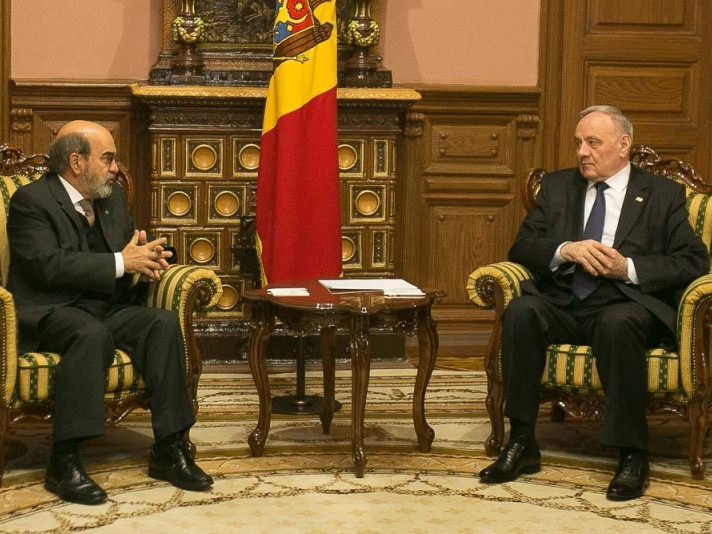 The president welcomed the UN representative’s presence in Chisinau on the occasion of the signing of an agreement between the Food and Agriculture Organisation of the United Nations and the Moldovan government on opening a FAO representative office in Moldova.

President Nicolae Timofti expressed confidence that the programmes implemented by the Food and Agriculture Organisation of the United Nations in cooperation with the Moldovan authorities would contribute to developing agriculture, improving nutrition and ensuring the population’s food security.

Nicolae Timofti thanked for the FAO’s valuable contribution to developing sustainable agriculture in Moldova, highlighting the projects on prevention of pollution caused by pesticides, developing Moldova’s seed sector, assistance for a general agricultural census and a technical cooperation programme.

Jose Graziano da Silva said the opening the FAO Office in Chisinau would allow the organisation’s experts providing consultancy to the Moldovan government, to adjust agricultural policies and rural development to the EU standards and norms, preserve and manage natural resources, as well as for disaster risk management.