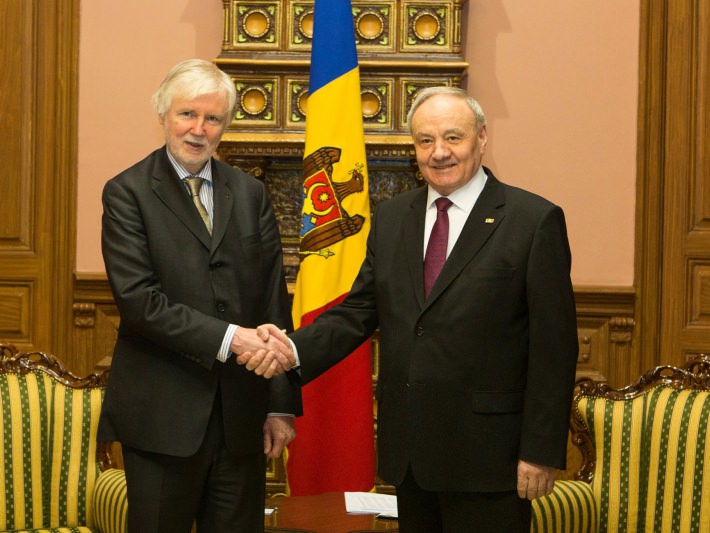 Timofti voiced confidence that Moldova would sign the Association Agreement with EU as soon as possible and, at the same, was set the goal to get the statute of candidate to access the European Union at the Riga Summit, due in 2015.

Erkka Tuomioja praised the progress recorded by the Moldovan authorities on the reform way and stressed that all Moldovan citizens would have to benefit from the signing of the Association Agreement. „Moldovans will be able to travel visa free in Europe and business people are offered new development opportunities,” Tuomioja said.

Tuomioja specified that the development of a rule of law state and fight against corruption were the essential elements in Moldova’s European integration process.

The two officials also approached the situation in the Transnistrian region. Timofti voiced concern as regards the worsening of the security environment, as a result of the evolutions in Crimea.

„The present five-plus-two negotiations format on the Transnistrian conflict settlement proved to be inefficient. I believe that it is desirable to reflect on the possibility to make more efficient the talks,” Timofti said.