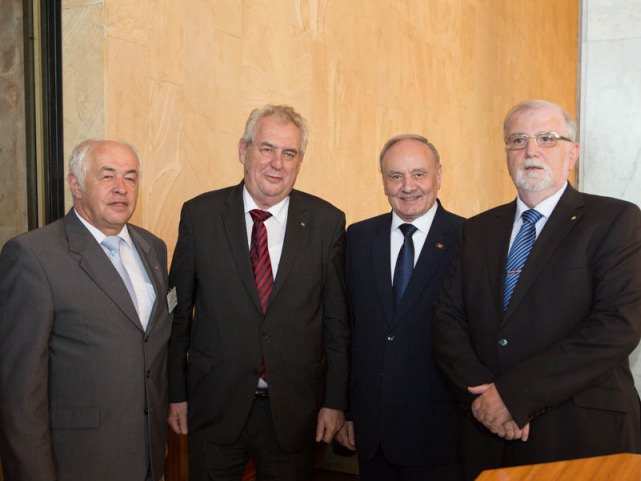 President Nicolae Timofti and his Czech counterpart Miloš Zeman participated in the opening of a Moldovan-Czech Business Forum at the Palace of the Republic today.

In his speech addressed to 200 business people attending the event, Timofti voiced confidence that the bilateral economic ties would be enhanced and deepened in the months to come.

„In 2013, the trade turnover between our states increased to 95 million dollars. The Czech Republic is one of the EU biggest importers of Moldovan wines. I want to thank and underline that we highly appreciate the interest in our wines, in conditions when, over the past years, due to unknown reasons, we had to redirect wine exports to other markets,” Timofti said.

Timofti spoke out for the setting partnerships with the Czech investors and specified that the Moldovan authorities were determined to offer the necessary protection to foreign investors.

In his welcoming speech, Miloš Zeman suggested that the Moldovan authorities create a friendly legislative framework, in order to attract foreign investors. Zeman said that, presently, there were optimal conditions for the development of the bilateral cooperation in the sectors of energy, transport, logistics and infrastructure development.